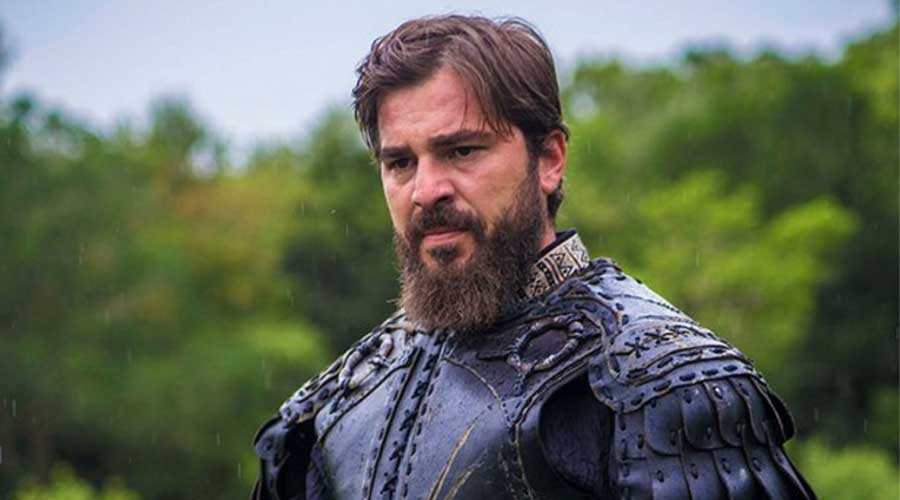 Engin Altan Duzyatan the man who played in Turkish historical drama series Dirilis: Ertugrul also known as Ertugral Ghazi will be having an eventful trip as the actor will be meeting with several political and social individuals in his first visit of Pakistan.

Engine Altan is also interested in further strengthening the bond between Turkey and Pakistan as in the future there will be new opportunities in order to produce quality content either films or dramas through joint production between the two countries.

Children Sidra, Fiza and Sohail presented a gift sword to Altan while donning traditional outfits from the historic drama series Dirilis: Ertugrul. Turkish Consulate General received the gift on behalf of him.

Pakistani superstar Humayun Saeed, Commissioner of Karachi and others were also present on the occasion.

Altan said, “I am very happy for this love from Pakistan.”

About the role of Ertugrul, he said, “It was very very difficult but was amazing”.

A video was also circulating on the social media of Engin Altan in which he revealed to will be meeting three Pakistani kids from Make A Wish Foundation.

The short video clip of Engin says that “Hello Pakistan, I will be meeting make-a-wish children on 18th of August, see you soon. ”

The video is been shared by thousands of its followers on social media.