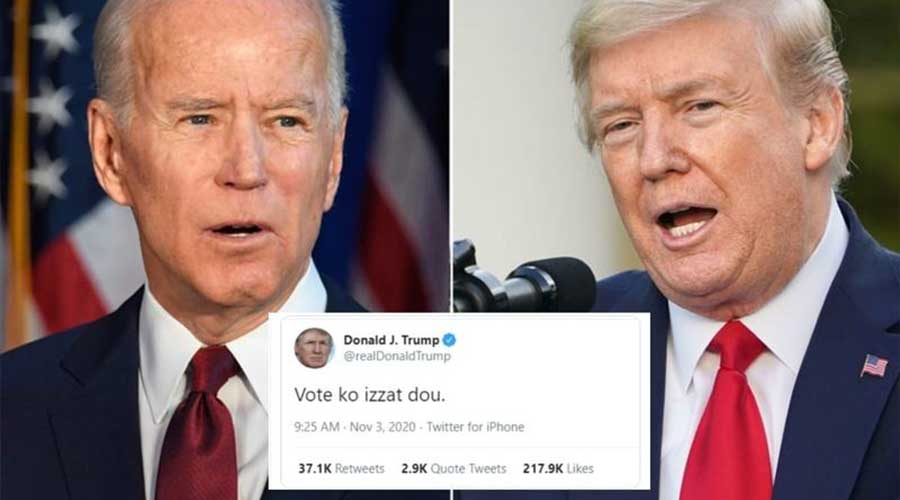 The delay in the vote count surrounding the American elections has gotten audiences across the world in a state of frenzy. The whole world’s eyes are fixed on America election but Pakistani desis have started trolling and Twitter is trending memes making fun of the never-ending delay in vote counts.

As anxious Americans bite their nails as a result of anxiety, netizens across the globe make full use of the golden opportunity to make memes and troll the entire country.

So Trump is being called an orphan who was born in Pakistan, the reality is known to nobody but trolling goes on, “Anonymous sources have proven Trump is actually an orphan from Pakistan which mean he cannot run for President…Does this mean I won?”

Desis did not spare Aamir Liaquat, one of the most trolled personalities, “Pakistanis voted for people like Aamir Liaquat. Well, the audacity to comment on the US elections.”

And in the end, the most hitting Twitter post, “Kya hogaya hai ab Tak decide kyun nahi huwa which white man will be ruining the world peace for the next 4 years?”

Both Biden and Trump have already declared their victory in #USElection