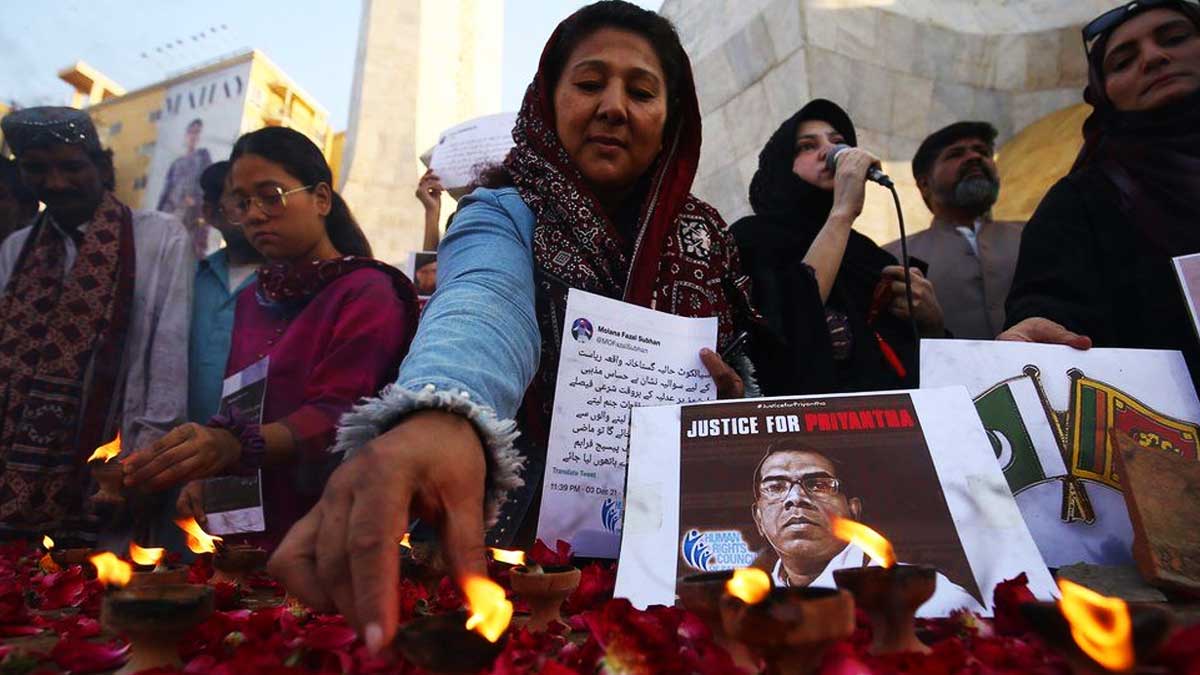 An anti-terrorism court has ordered death sentences to six people and life sentences to nine others in the lynching case of Sri Lankan national Priyantha Kumara on Monday.

On December 3, Kumara was lynched by a mob of hundreds of demonstrators, including employees of the Sialkot factory where he was the manager. He was brutally killed by the mob, who then burned his body.

The details of the fines and sentences are as follows:

On the application of Uggoki Station House Officer Armaghan Maqt, a first information report was filed against 900 Rajco Industries employees under sections 302, 297, 201, 427, 431, 157, 149 of the Pakistan Penal Code and 7 and 11WW of the Anti-Terrorism Act. In the immediate aftermath of the Priyantha Kumara lynching, a large number of individuals were apprehended.

The act sparked considerable indignation and criticism around Pakistan, with politicians, academics, and members of civil society demanding for the offenders to undergo immediate punishment.

“A total of 43 witnesses were provided by the prosecution team in order to show the crime against the defendants,” Nadeem Sarwar said at a press conference today, adding that forensic, audio, and visual footage were also used to verify the crime.

The trial was held in the Kot Lakhpat jail in Lahore and was presided over by Judge Natasha Naseem.

Footage from ten digital video recorders at the workplace was sent for forensic analysis, while videos from social media and footage taken from the phones of 55 suspects were deployed to track down the suspects.