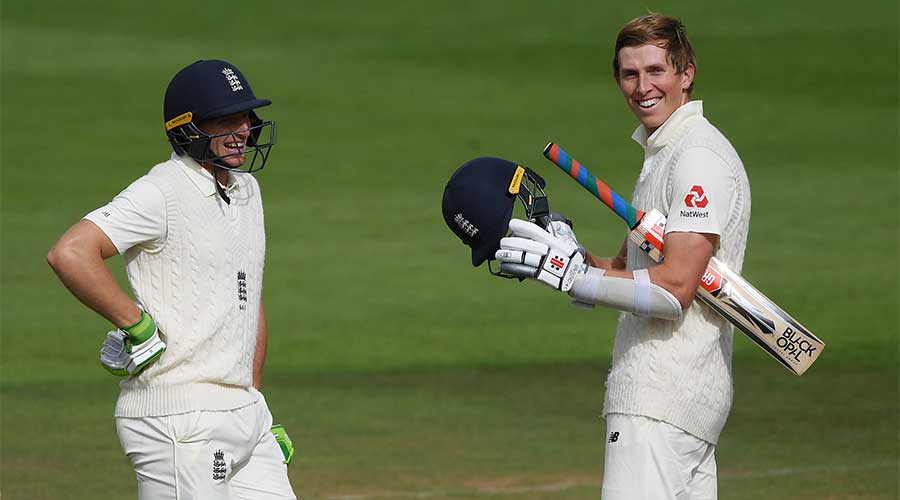 The opening day of the third and final test between Pakistan and England is being played and the hosts are on top after Zak Crawley hit his maiden test century.

England is having the lead 1-0 after rain ruined the second test match in Southampton and in the third test, the home side were shaking when four players went back to pavilion after adding 127 runs on the scoreboard.
However, after getting four wickets Pakistani bowlers were unable to grab more in the rest of the day with Crawley made 171 runs as England advanced to 332-4.

The 22-year-old player who only made three hundreds in his first-class career made a partnership of 205 with Jos Butler who will continue his innings from 87 is the second day of the match.

The fifth-wicket partnership justified the captain Joe Root’s decision to bat first and completely changed the scenario of the gameplay.

Another young Pakistani bowler Naseem Shah with a beautiful delivery took stable Root who made 29 runs, while Ollie Pope was dismissed by spinner Yasir Shah and left England team in suffering.

The first test hero Buttler who made 75 to help England clinch the victory from 127-5 to reach a 277 target definitely brought a balance in his side.
The England wicketkeeper is looking to get in the triple-figure (87) while his partner is eying on the double century (171).

Ben Stokes was not in the final 11 due to family reasons and this gave a chance to Crawley to shine and he did not disappoint the selectors. With his career best innings Crawley proved to be a suitable option at the third spot in the future of England’s cricket.