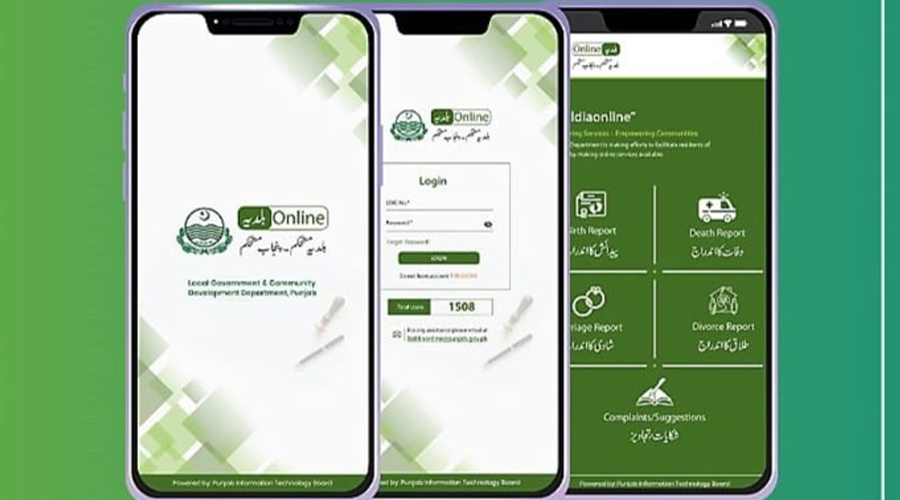 Punjab Information Technology Board (PITB) developed an android based app called Baldia Online with the collaboration of the Department of Local Government and Community Development (LG & CD) in order to provide Local Government (LG) services to the residents of the province.

PITB representative said, “Citizens will be able to connect online with 445 local governments of Punjab through the application”.
According to the spokesperson of Local Government department, citizens will get benefit from the application as “Citizens may now report birth, death, marriage and divorce online.”

Chief Minister of Punjab Usman Buzdar also released a statement regarding services given by the provincial government and said, “Obtaining certificates from local bodies was a headache and even a small job was done only by paying a bribe after many months. We have digitized the entire process and put several services of all 445 local governments online and you can submit your application through the “Baldia Online” app.”

Furthermore, the developer PTIB in a tweet said, “Baldia Online app for Punjab – Over 100K+ downloads and 103K+ registered users in just 24 hours! The app, developed by PITB for Local Government Department, to improve G2C services will soon be launched by the CM Punjab.”

The Punjab Information Technology Board was established in 1999 as an independent forum beneath the Department of Industries, working under the management of the Information Technology Department. The main objective of the forum is to focus on international opportunities, assist the province in IT, develop policy related to the latest technology and plan & initiate the process according to the competence level of the Industry in Punjab province.