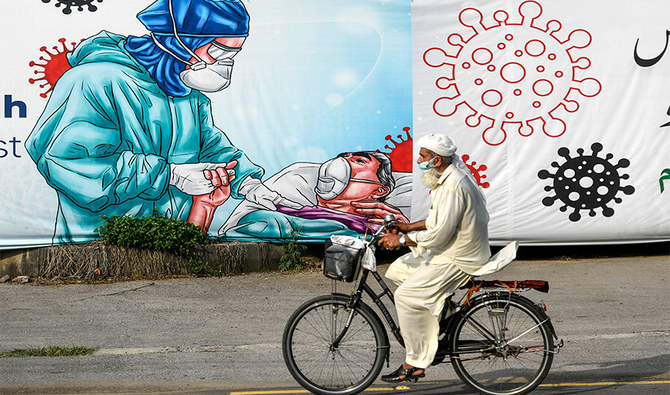 As per the latest statistics the Covid-19 cases, as well as deaths in twin cities of Rawalpindi and Islamabad, are significantly reducing.

In the last 24 hours, COVID-19 has claimed one life in Islamabad Capital Territory taking the capital’s death toll to 157 while the virus claimed no life in the Rawalpindi district which has a total of 272 deaths so far.

The trend can also be observed from the total cases reported daily as a total of 67 new patients have been tested positive from the twin cities in last 24 hours including 15 from Rawalpindi district and 52 from Islamabad.

Putting the trend in perspective, in the last 17 days, from July 1 to yesterday, as many as 1,542 patients have been tested positive for COVID-19 from Islamabad while in June, the number of patients tested positive were 10,152.

Punjab Health Minister Dr. Yasmeen Rashid has attributed the rapid fall in the number of novel coronavirus cases in the Rawalpindi to the untiring efforts of medics and paramedics in the city.

Last week it was reported that 60 percent of beds are vacant in the city’s government hospital which were running in full capacity just three weeks ago. The number of new cases reported in the city is falling and the beds, government especially allocated for COVID-19 patients are now vacant.

Mohammad Mehmood Commissioner retired Capt said that now cases are decreasing due to the smart lockdown imposed by the government. Patients in hospitals are also fewer with 154 people admitted to the city’s four hospitals’ units, of whom 52 are stable, 86 are on oxygen and 21 are on ventilators.

After Rawalpindi, Pakistan Institute of Medical Sciences Pims Spokesperson Dr Waseem Khawaja said that the Coivd-19 situation in Islamabad hospitals is now quite different from what it was three weeks ago.

He said that they have 200 beds in their isolation ward and every day they have fewer patients.

“The rush of patients in the outpatient departments (OPDs) has also become limited,” Dr Khawaja said, adding that they neither have a shortage of staff or ventilators.

Another factor for fall in cases in Rawalpindi and Islamabad was that people are now more aware and if a patient does test positive for Covid-19, they now isolate at home instead of going to the hospital, lowering the burden on healthcare facilities.