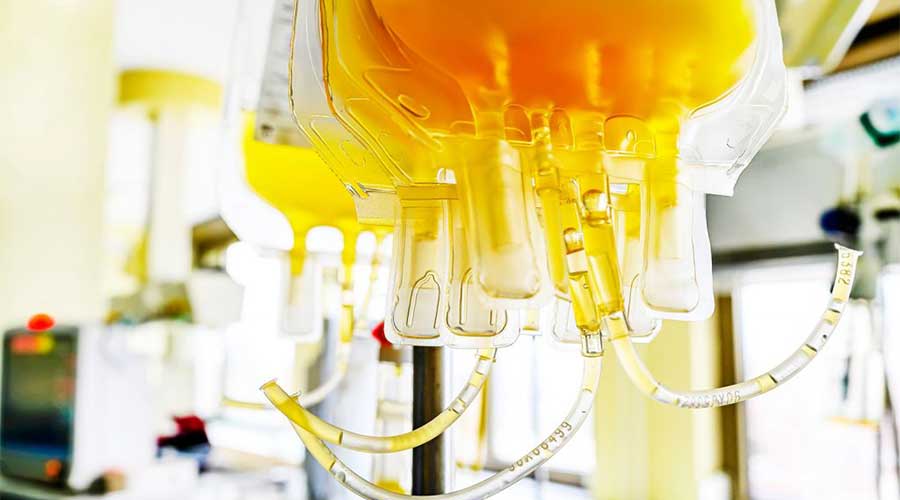 According to the spokesman of DOW Medical University, the recovery of critical patients has been 100% during the clinical trials while those who were in ICU, recovered more than to the extent of 60%, 50% of patients are relieved from the hospital only in 5 days. The pre-clinical trials in C-IVIG of DOW medical University had started at the beginning of April this year.

The drug regulatory authority of Pakistan (DRAP) had approved these clinical trials of C-IVIG therapy carried out by DUHS and basic funding was provided by the higher education commission. The role of DRAP has been highly appreciable as the lives of many have been saved due to this cooperation. Dr. Shaukat started to work on this project under the supervision of Prof Muhammad Saeed Qureshi, the Vice-Chancellor of the University.

Dr. Shaukat told the media that antibodies, obtained from the plasmas of recovered patients are prepared. This is a great success. He requested the recovered patients to donate plasmas. Sindh Blood transfusion authority has permitted it.

He further said that this wave of the Covid-19 is rapid and the donation of the plasmas is quite less. Dr. Shaukat told that patients who were put under trials were all around 60 years old and they were at greater risk.

Basic job and pre-clinical trials were only possible due to the untiring efforts of this team. The clinical trials are on the way under the supervision of Dr. Shobha Lakshmin in DOW University and Dr. Muneeba Syed in Sindh infection diseases hospital.

Dr. Shaukat told the media that their research is continuing but normally, there are three reasons for which this is the killing disease. One is its attack on the lungs which are badly affected and the second reason is the extreme weakness of immunity of the person and the third reason is the spread of secondary bacterial infection in the body.