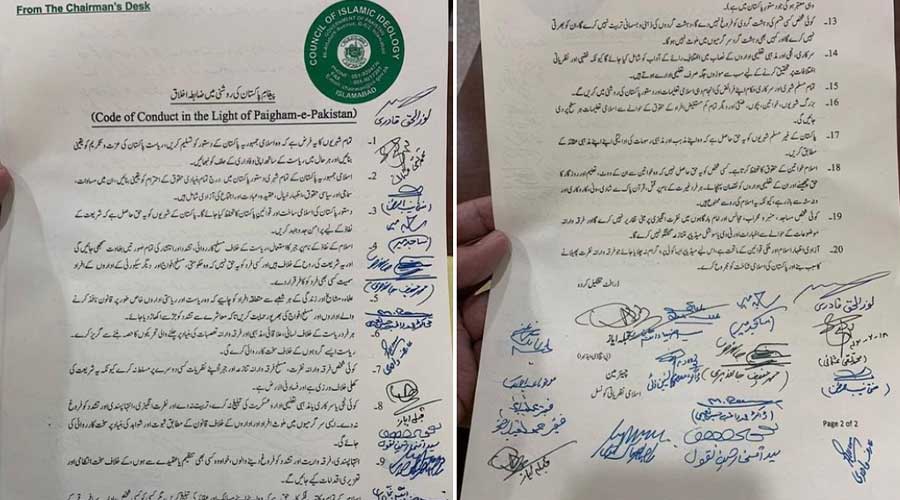 On Tuesday, the Council of Islamic Ideology (CII) held a Paigham-e-Pakistan conference where a 20-point code of conduct was issued to promote interfaith and inter-sect harmony in Pakistan. It focused on urging the government to ensure the protection of non-Muslims and to ban any speech that promotes controversies regarding any sect in Pakistan on TV, print, and electronic media.

Here are the points of the Paigham-e-Pakistan code of conduct for inter-sect harmony: