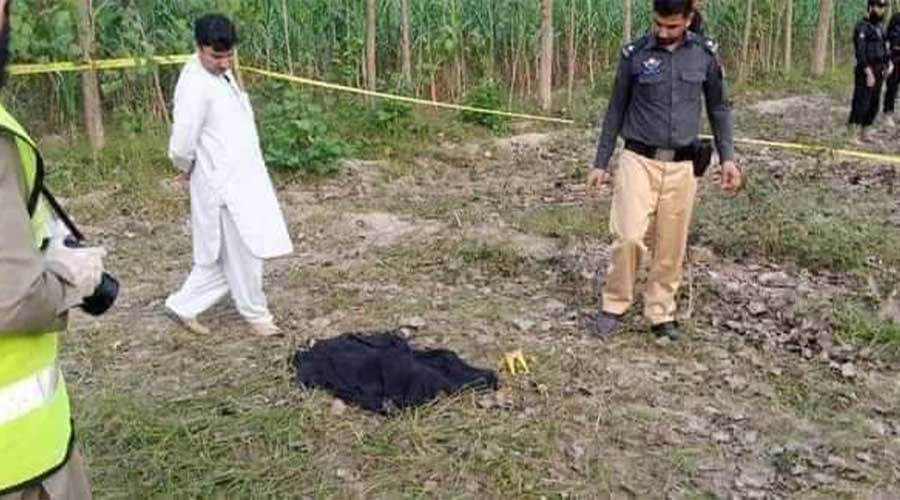 Twitter is trending with #JusticeforZainab and the masses are asking for justice after another Zainab was brutally raped and murdered in Charsadda day after she was kidnapped.

According to the details, two-and-a-half-year-old girl Zainab was brutally murdered after being raped in Charsadda district of Khyber Pakhtunkhwa. The rape was confirmed after the medical report, her chest and abdomen were cut after that little angel was abducted from Charsadda. Her body was found from the fields. Her body was examined 4 times so that the cause of murder may be found.

Police sent DNA samples to the Khyber Medical College of Peshawar and it was confirmed that Zainab was raped around 18 hours before her body was discovered in the fields of Peshawar.

Pakistanis are furious and seething in anger as rape cases are still happening and punishment to those culprits is still not being given. The law Zainab Alert Bill was passed from the National Assembly and Senate after the name of Zainab rape victim which directs that any individual found guilty of child abuse faces a mandatory sentence of life imprisonment.

JusticeForZainab is now trending on twitter and the masses are posting, “I am so …….ng angry & upset. I’ve tried to sleep 4 times but Zainab’s pain isn’t letting me go sleep. I want to scream so loud and cry. The whole nation including the govt is sleeping like nothing has happened. A 2 years old girl got raped & then murdered. #JusticeForZainab.”

Another one posted, “May Allah protect our country Pakistan. And destroy the savage beasts that abuse innocent children and kill them. Another Zainab, Another rape…This time she was 2 year old. #JusticeForZainab.“

“What kind of Barbarism is this? In an incident that can put humanity to shame, a minor girl whose mutilated dead body was found the day after her abduction in Charsadda, Pakistan. Zainab was inflicted with sexual abuse and molestation. Another Zainab. #JusticeForZainab.”

However, even after the frequent occurrence of such heart-wrenching incidents, no strict action has been taken by police or concerned authorities to control rape cases.