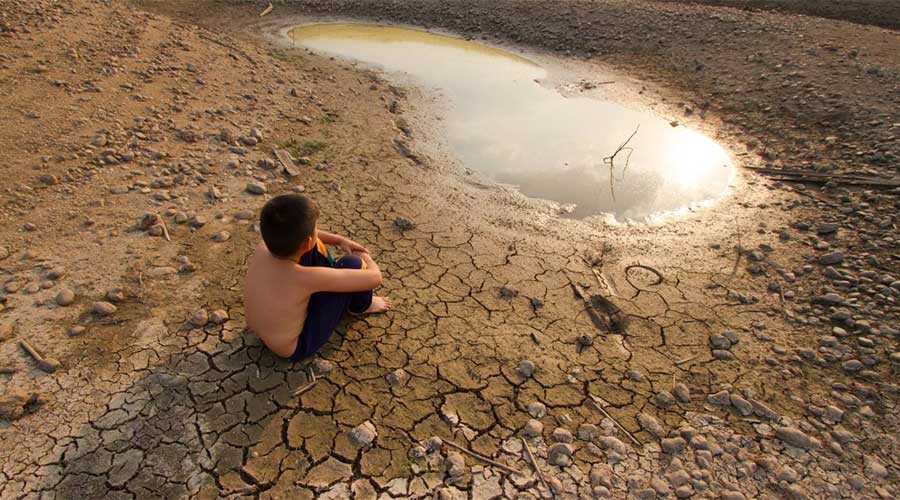 Pakistan is among those five countries which have badly affected by climate change in the world, as per the reported by Germanwatch, a German institute.

A report released by United Nations says that 7348 disastrous events took place due to the climatic changes and more than 12 lac people died due to weather effects. Pakistan stands at 5th number among the worst affected countries. In the earthquake of 2005, in the flood of 2010, and the heatwave of 2015, a big number of Pakistanis died.

In a report, the United Nation mentioned that the 21st century can present the scene of hell due to the climatic change. This is the bitter fact that political and economic leaders of the world are not ready to play their role to stop the world from getting more damaged.

The hole of Ozone is not a very old story and thanks to Covid-19 the damage to it has lessened but still, the lives of millions of the people in the globe are in danger and no concrete was taken to prevent the danger.

The developed countries especially have failed to control their industrial activities which are harming the climate of the globe. Due to the climatic changes in the world from 2000 to 2019, in 7348 events, 12,3000 people died and more than four billion and twenty crores people have been affected indirectly and financial loss was worth $2.97 Trillion.

If we look back, from 1980 to 1999, the number of the event due to the climatic changes were almost half. It means, as industrial development is increasing, the climatic of the world is also getting hotter.

Industrial development is the blessing for human being as it provides jobs, it upgrades the living standard and increases the economic development. The thing which needs to be addressed is the precautionary measures that must be taken while keeping the engine of growth going.