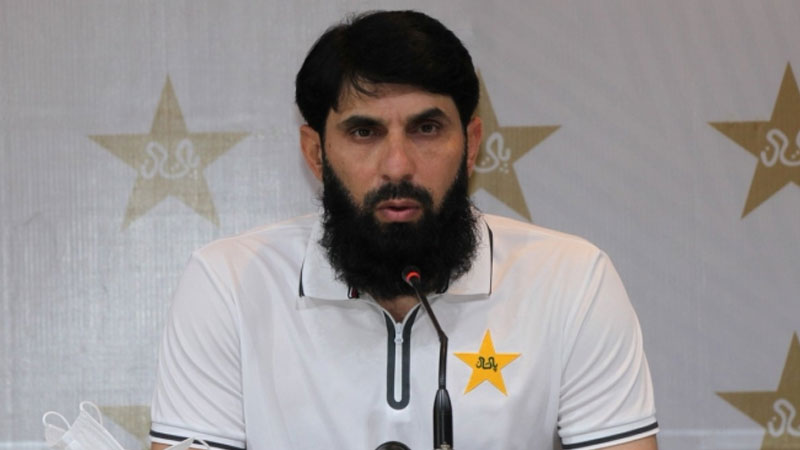 Pakistan head coach Misbah-ul-Haq has revealed the reason that he resigned from the chief selector post because of the team’s upcoming series.

Misbah-ul-Haq, the 46-year old and former Pakistan captain stepped down from chief selector role in Lahore on Wednesday.

Talking to media at the Gaddafi Stadium Lahore, Misbah revealed that he decided to leave the post due to Pakistan’s upcoming international tours in the coming months, that is why it is very difficult to observe the performance of domestic cricketers along with the main team’s performance.

Misbah stated, “I have decided to leave the post as I don’t think I am doing justice with my duties and to the players. The number of foreign tours is scheduled in the future, and most recent tour is to the New Zealand and in the same time Quaid-e-Azam Trophy matches will also be played, so how can I measure performance when I will be touring as a head coach with team.”

He continued by saying: “So I don’t think I will be able to continuously follow what’s going on here while coaching the team in New Zealand. Therefore, I think another individual, someone who has only one job, will be able to justice with it in a better way.”

Misbah-ul-Haq then talked about rumors regarding the reason for stepping down from his position was his meeting with Prime Minister Imran Khan where he raised some serious questions in new domestic structure.

“I know there are some rumours that I have been asked to leave one post because of my meeting with Imran Bhai,” he said. “I am categorically denying that those are just baseless speculations. If that would’ve been the case, then I probably would’ve been sacked as the head coach as well.”

Misbah Happy with his Performance

The head coach is satisfied by his performance in both roles. Misbah said, “There was immense pressure when both roles were assigned to be, but if I look into my performance chart, I’m very happy with the performance. Yes, when you are in decision making job you made some good calls and some bad, and my situation was also similar to that.”

He added: “I promoted the youngster as a head coach which includes Naseem Shah, Haider Ali, Harris and many others. So, if I look back, I am very happy with the performance and now I wanted to focused myself on the coaching part only for better performance.”