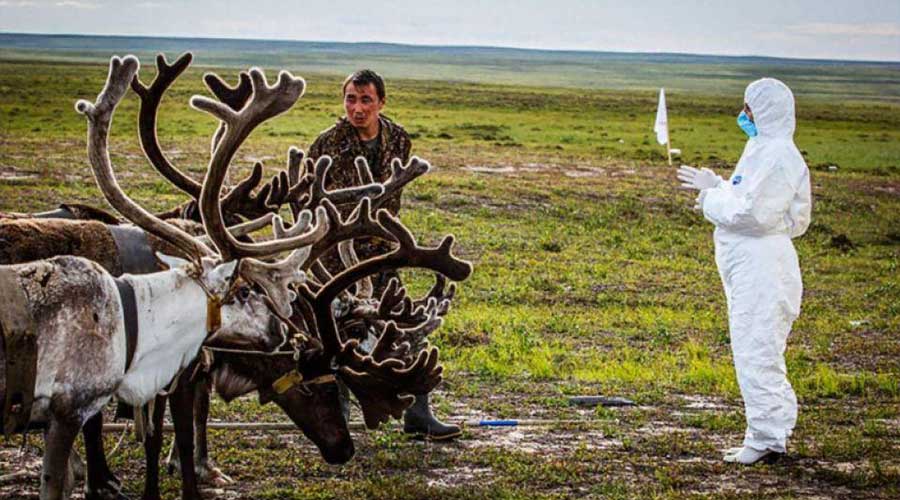 Climate change due to global warming may drive infectious diseases like malaria, smallpox, and dengue, and zika virus and unleash new epidemics upon the world.

According to scientists, the infectious diseases emerge when climate changes and so many hidden viruses may attack due to global warming.

Coronavirus is still present and only a few countries including Pakistan could overcome it. So far 289,832 lives have become the victim of this virus and 6,190 have died from this pandemic. The world is still fighting this war but the expanding ecological footprint of our species could trigger epidemics in other ways too.

Climate change is wreaking havoc with one degree Celsius of warming. It is emerging as a driver of infectious disease, whether by expanding the footprint of malaria and dengue-carrying mosquitos or defrosting prehistoric pathogens from the Siberian permafrost.

How virus emerges and how climate change could expose new epidemics?

According to the researcher in clinical microbiology at Umea University in Sweden, “In my darkest moments, I see a really horrible future for Homo sapiens because we are an animal, and when we extend our borders things will happen to us. Our biggest enemy is our own ignorance. Nature is full of microorganisms.”

Since the start of industrialization, a climate change time bomb spread across Russia, Canada, and Alaska that contains three times the carbon that is emitted. If 2 degrees Celsius of global warming is capped, the ground area will decrease by a quarter by 2100.

When ground thaws, organic material, frozen soil particles, and microorganisms that had been locked away for times are carried towards the ground surface by water flow. “That’s how thawing can spread these microorganisms into present-day environments.”

According to Jean-Michel Claverie, an emeritus professor of genomics at the School of Medicine of Aix-Marseille University in France, “When you put a seed into the soil that is then frozen for thousands of years, nothing happens. But when you warm the earth, the seed will be able to germinate,” he added.

This is the same case with the virus. Claverie’s lab recovered 30,000 years old Siberian virus. These restored bugs only attack amoebas but, after many years, there were left others that aimed higher up the food chain.

Claverie said, “Neanderthals, mammoths, woolly rhinos all got sick, and many died. Some of the viruses that caused their sicknesses are probably still in the soil.”

Anthrax shows that bacteria can be resting in permafrost for hundreds of years and be revived,” said Evengard.