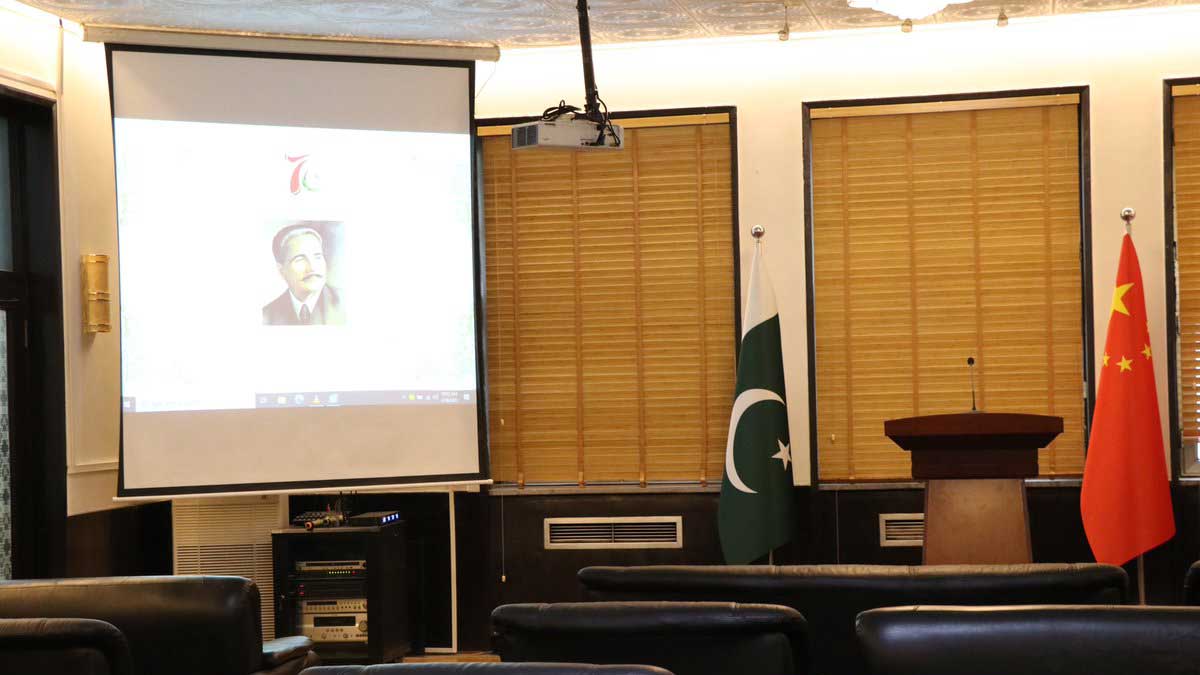 An event organized at the Pakistani Embassy in Beijing, a booklet consisting selected verses of Allama Muhammad Iqbal in the Chinese language was unveiled.

Launching of Iqbal’s Book in Chinese Language
On 30 April 2021, a ceremony was held at the Embassy of Pakistan to launch a booklet containing select verses of Allama Muhammad Iqbal in Chinese language. 9-1 pic.twitter.com/FBudWByT01

The booklet’s launch is part of celebrations marking the 70th anniversary of the establishment of diplomatic relations between Pakistan and China.

She recalled that Allama Iqbal has always been held in high regard by Chinese intellectuals, and that many of his popular poems have already been translated into Chinese.

Prof. Nasreen said that Iqbal’s vision of Khudi (Self) and his fight for justice and fair play has piqued China’s interest.

He stated that Iqbal’s message has universal appeal and transcends creed and ethnicity, and that his contributions to philosophy and literature are a shared heritage of humanity.

Ambassador Moin hoped that this book would help to popularise Iqbal in China and strengthen cultural ties between the two countries.