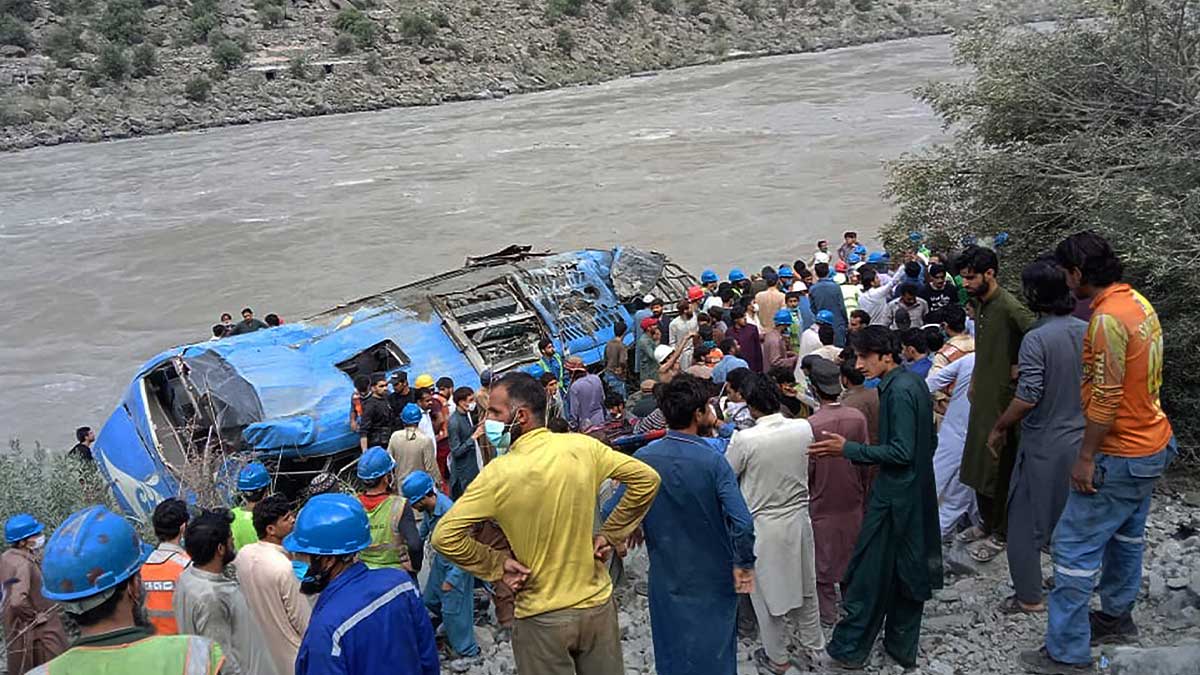 Interior Minister Sheikh Rashid has disclosed that a 15-member team of Chinese investigators has joined the ongoing investigations into the Dasu bus blast.

The investigations were at an advanced stage and the culprits would be taken to task soon, the minister told a presser in Islamabad on Saturday.

The Chinese firm, China Gezhouba Group Corporation (CGGC), working on the Dasu hydropower project, would continue carrying out work on the project, the company announced on Saturday.

As per reports, the Chinese company working on the Dasu Hydropower Project had previously announced to discontinue work on the project and ended the employment contract with the Pakistani staffers due to “security concerns” but the higher authorities had rejected its decision. had halted work on the site and put off all but the most critical Pakistani personnel.

When a bus carrying them plummeted into a ravine after an explosion, at least 12 persons were killed, including nine Chinese nationals working on the project.

The federal government has initiated an inquiry into the sad incident, which is being assisted by a 15-member Chinese security team.

Investigation Into the Dasu Blast is Nearing Completion

Meanwhile, Federal Interior Minister Sheikh Rasheed has stated that the investigation into the Dasu incident is nearing completion.

Rasheed stated that he has asked security services to increase Chinese nationals’ security.

The collision occurred on the Karakoram Highway, according to Rasheed, who added that the injured are being treated at the Pakistan Army Hospital.

“It is our responsibility to defend the Chinese people’s lives and property here. Their people’s safety would be guaranteed “according to Rasheed, the Chinese Ministry of Interior has been brought on board.

He claimed that the prime minister had requested that he and Foreign Minister Shah Mahmood Qureshi travel to China.

The interior minister emphasised that the friendship between Pakistan and China is everlasting, and that the Dasu blast had no bearing on it. He stated that those who oppose the CPEC as well as Pakistan’s and China’s friendship will not be forgiven.