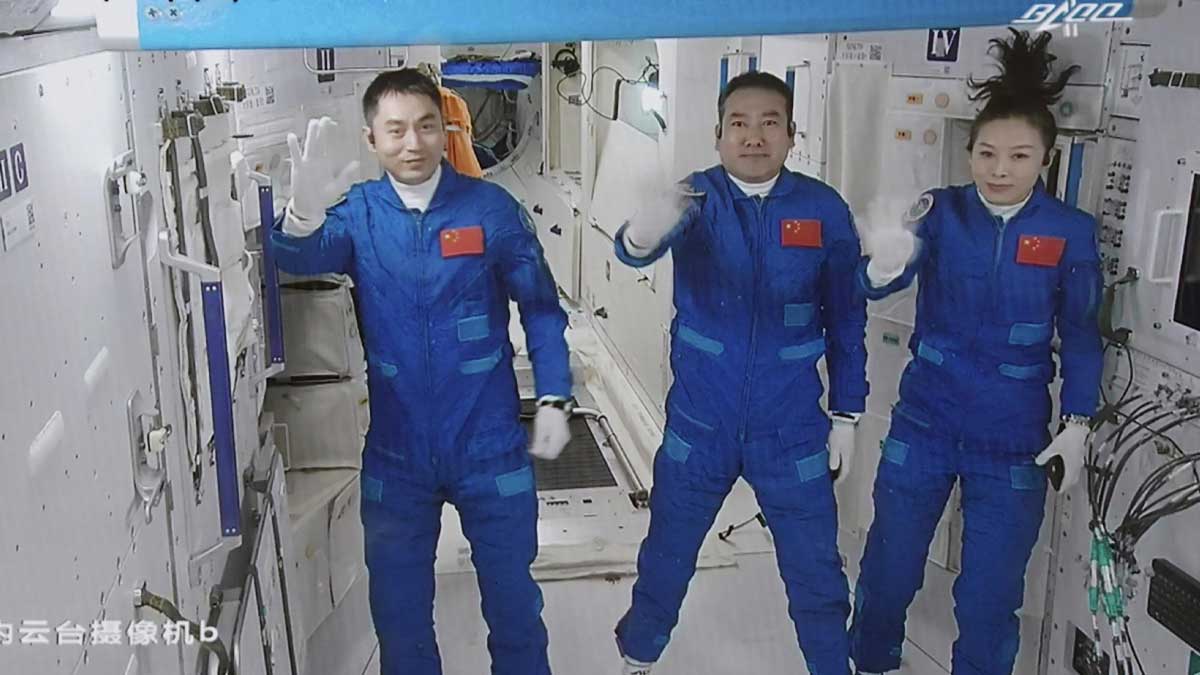 The Shenzhou-13 spacecraft will dock with the Tianhe module, the core module of a future space station where they will live and work for the next six months.

China launched a rocket carrying three astronauts to its new space station on Saturday, setting the stage for the country’s longest crewed mission to date, marking the latest milestone in Beijing’s quest to become a major intergalactic power.

According to state-run news agency Xinhua, the three blasted out shortly after midnight (1600 GMT) from the Jiuquan launch centre in northwest China’s Gobi Desert, with the team scheduled to spend six months aboard the Tiangong space station.

The China Manned Space Agency called the launch a success and reported the crew members were “in good shape.”

The mission will set up equipment and test technology for future development of Tiangong, lasting twice as long as its predecessor’s 90-day mission.

Zhai Zhigang, 55, a former fighter pilot who led China’s first spacewalk in 2008, said the team would do “more complex” spacewalks than in prior missions.

Meanwhile, Wang Yaping, a 41-year-old military pilot, will be the first woman to visit China’s space station after previously being the country’s second woman in space in 2013.

Ye Guangfu, a 41-year-old pilot with the People’s Liberation Army, is the other team member of Shenzhou-13 mission.

After three months on the space station, a previous record-breaking space crew returned to Earth in September after the initial mission to Tiangong.

China’s well-publicized space programme has already resulted in the landing of a rover on Mars and the sending of probes to the moon.

Tiangong, which means “heavenly palace,” will be open for at least ten years.

The station’s core module was launched into orbit earlier this year, and it is anticipated to be operational by 2022.

The finished station will resemble the Soviet Mir space station, which orbited Earth from the 1980s to 2001.

The mission’s goal is to “extend China’s technological boundary” and evaluate the space station system’s ability to support human settlement for longer periods of time.