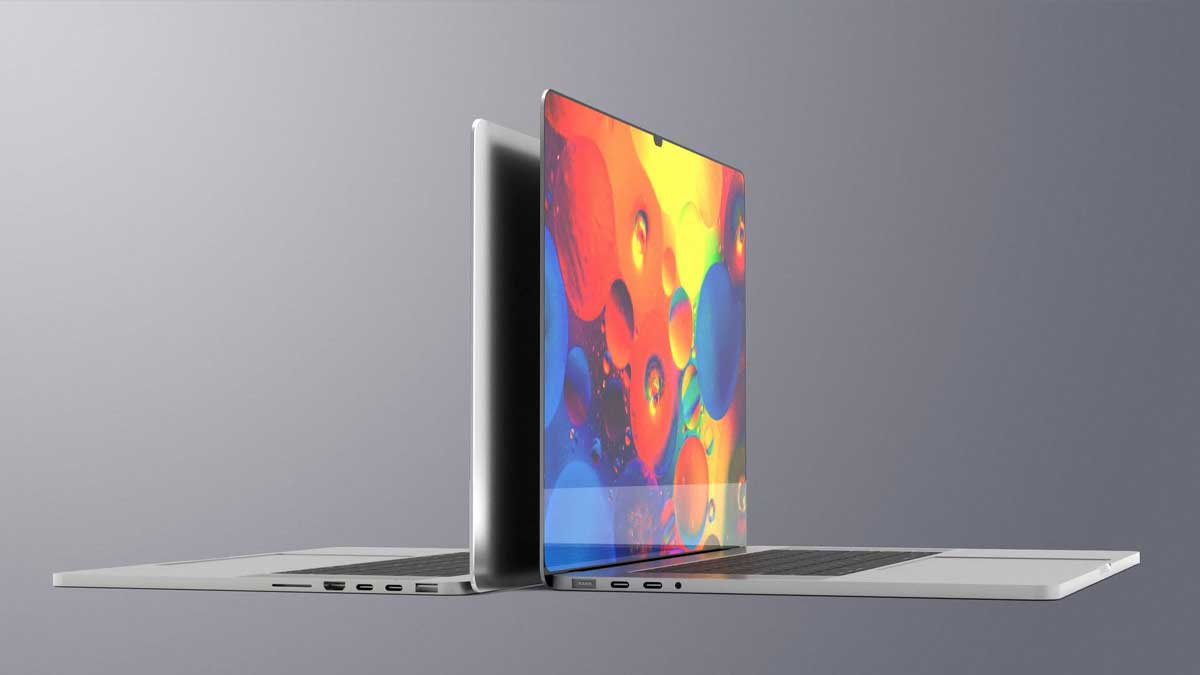 The new MacBook Pro 2021 is launched by Apple which comes in two sizes, a 16-inch model and a new 14-inch version, and includes a slew of new features, including a new design, display, connection, battery, and, most notably, the new M1 Pro and M1 Max chipsets.

The new MacBook Pro has a whole new design that, in the way the metal shell curves around the sides, is evocative of the original polycarbonate MacBooks. It’s intriguing that the MacBook Pro has returned to its predecessor’s curved shape, whilst the iPhone and iPad have returned to their predecessors’ flat sides.

A new keyboard is nestled amid an all-black background on the inside of the new MacBook Pro. The infamous Touch Bar has been replaced with a regular row of function buttons that are now now full-sized to match Apple’s wireless keyboards in the latest model.

Two new screens are included with the new model. The 16.2-inch IPS LCD on the 16-inch model has a resolution of 3456×2234. On the other hand, the 14-inch edition has a 14.2-inch IPS LCD with a resolution of 3024×1964 pixels. Both models have mini-LED backlighting, which consists of a cluster of 10,000 mini-LEDs that allows for precise local dimming and contrast. A 120Hz refresh rate, 1600 nits peak brightness, 1000 nits sustained brightness, and complete Display-P3 wide colour coverage are also included in both models. HDR is also supported by both panels.

This time, Apple has also reduced the bezels surrounding the display and inserted a notch at the top to accommodate the new 1080p FaceTime HD camera. The macOS operating system has been modified to fit the new notch, which is now elegantly integrated into the top menu bar.

The new MacBook Pro also comes with a six-speaker sound system, which includes two tweeters and four force-canceling woofers. Dolby Atmos spatial audio is now supported by the speakers. In comparison to the previous generation, the new machine also has “studio-quality” microphones with a lower noise floor.

Apple’s new M1 Pro and M1 Max system-on-chip processors drive the new MacBook Pro. If you choose the smaller 14-inch model, you’ll get only the M1 Pro options by default, but you can upgrade to the M1 Max on Apple’s website. With the larger 16-inch model, you receive a choice of M1 Pro or M1 Max out of the box, and you can further customize it from Apple’s website if necessary.

The MacBook Pro can now have up to 32GB of unified memory on the M1 Pro and 64GB on the M1 Max thanks to these new CPUs. Because this is unified memory, the system and graphics both have access to the same pool of memory.

In terms of storage, Apple is now adopting faster SSDs with read speeds of up to 7.4GB/s. These are available in capacities ranging from 512GB to 8TB.

The connection on Apple’s new pro notebook has also been upgraded. The previous version MacBook Pro’s port selection was a widely criticized feature of the machine, which the current model aims to address. While there are no USB-A connectors, the three USB-C Thunderbolt 4 ports now include a full-size HDMI port and a full-size SDXC card slot. A 3.5mm headphone jack with a more powerful amplifier for high-impedance headphones is also included.

Furthermore, Apple has brought back the MagSafe port, which can now be used to rapidly charge your new MacBook Pro alongside the USB-C connectors.

The 14-inch MacBook Pro costs $1,999, while the 16-inch costs $2,499, according to Apple. They’re available to order now on Apple’s online shop, and they’ll arrive and be available in stores on Tuesday, October 26.