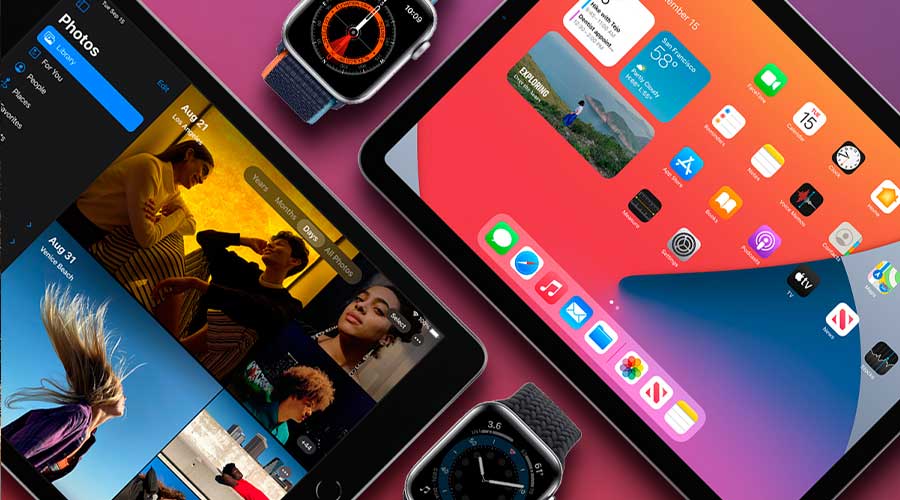 In the latest hardware event, Apple just unveiled iPads and two Apple Watches and a lot more exciting stuff. In this article check out everything Apple revealed in its September 2020 event.

In the event Apple’s CEO Tim Cook expressed that in the event company will focus on two products one is the iPad and the second is Apple Watch.

Read more: Which iPhone to Buy at the moment

According to Apple, the newly released Blood Oxygen app can measure your blood oxygen concentration only in 15 seconds, not only that it will also provide a general picture of a person’s heart and lung condition.

Blood Oxygen is a good addition by Apple for mountain climbers as the latest Apple Watch will illustrate an elevation change promptly. In addition to this Apple is presenting a new band named as the Solo Loop. It does not have a hook or anything but just a silicon band and available in seven colors.
The Price of the Apple Watch Series 6 unveiled in the September 2020 event is $399.

Apple Fitness+ is an attractive item for Apple lovers. In the event, Apple talked about online fitness classes. In Apple Fitness+ you can able to play workouts on your iPhone, and the Apple Watch will transmit your data on your iPhone. The data Apple Watch will send is your heart rate, calories burned, steps count and more towards your iPhone display. At least 10 categories including in it which comprises of yoga, HIIT, rowing, strength training and many more. In the Apple Fitness+ Apple Music service is also integrated into your workouts.

The subscription charges will be $9.99 per month or $79.99 per year. Apart from that a three months free trial is also added while purchasing Apple Watch.

According to some rumors Apple is also planning to offer a subscription bundle. Apple Music, TV+, iCloud storage, News+, Arcade and Fitness+ to be included.

An individual account includes Apple Music, TV+, Arcade and 50 GB of iCloud storage for only $14.95 per month. If you add more categories in it like News+, Fitness+ and increase the limit to 2TB of storage then the package will cost you $29.95 each month.

The last iPad which was unveiled was two years ago and now the new iPad is having a 10.2-inch of screen along with A12 chip. This is not a very exciting release but these are much more affordable as you can grab this iPad in only $329. Users can place their order as it will be available from Friday.

Apple’s new iPad Air is very unique this time as it contains enhanced features. The Touch ID on the iPad Air is on the power button which is on the top right of iPad. Apple’s iPad Air is having an A14 Bionic chip which gives a boost to the device and makes it 40 percent faster than the last iPad Air. The device contains a 12MP of rear camera that can record 4K video and last but not least a USB-C port.

in the final moments of the Apple event, the company announced its new operating system: iOS 14, iPadOS 14 and WatchOS 7 which is accessible for the users.

According to Tim Cook, iOS 14 is a huge release and it will alter the fundamental experience of the iPhone. The iOS 14 comes with a lot of features that definitely changes the usage of the iPhone device.

The iPhone 12 is also expected to be released in next month.