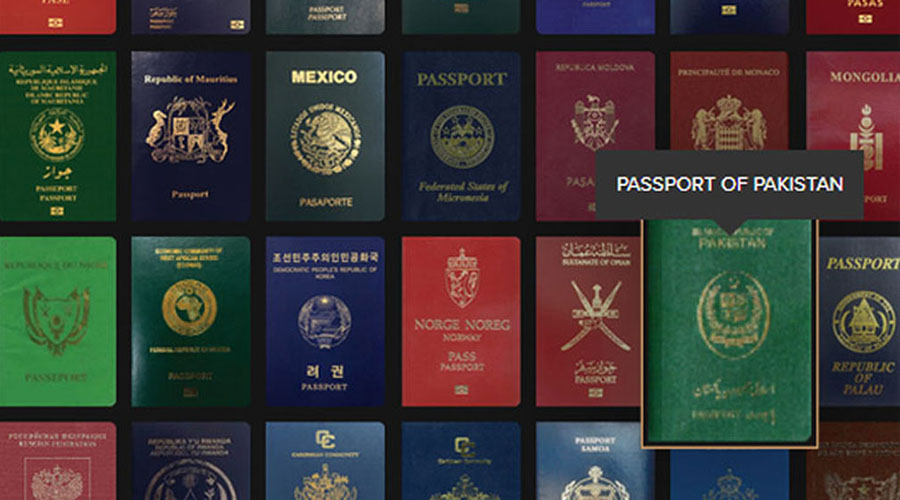 In the midst of the new wave of coronavirus pandemic, the Henley Passport Index published the latest ranking of the world’s strong passports in 2021, when several nations expect to implement lockdown and travel restrictions again.

The most recent ranking was revealed according to the number of destinations that can be visited by their holders without a prior visa. However, the vaccine against COVID-19 is likely to be mandatory for people who are able to fly to destinations in many countries.

Read more: Pakistan Has One of the Worst Passports in the World

As holders can get visa-free travel to 191 destinations around the world, Japan has taken 1st spot in the 2021 global passport index. Singapore grabs the second spot as the holders of Singapore passport can fly without a prior visa to 190 destinations worldwide.

With visa-free travel to 189 destinations, South Korea and Germany were put in the third position. With connections to 188 destinations, four countries, including Italy, Finland, Luxembourg and Spain are in 4th place.

For the fifth spot, the indexer named Austria and Denmark with access to 187 places and the sixth position was shared by countries including France, Ireland, Netherlands, Portugal and Sweden with access to 186 destinations.

Belgium, New Zealand, Norway, Switzerland, United Kingdom (UK) and the United States (US) took seventh place, followed by Australia, the Czech Republic, Greece and Malta in eighth place, with visa-free travel to 185 and 184 destinations, respectively. The passports of Canada and Hungary rank 9th and 10th respectively.

The United Arab Emirates (UAE) passport was ranked 16th in the list as the country climbed from 62nd place which was reported in 2006 in the global ranking.

Meanwhile, with visa free travel to 32 destinations, Pakistan’s passport was ranked 107th, a steep fall from 79 in 2006. India stands at No 82 in the Henley Passport Index 2021.