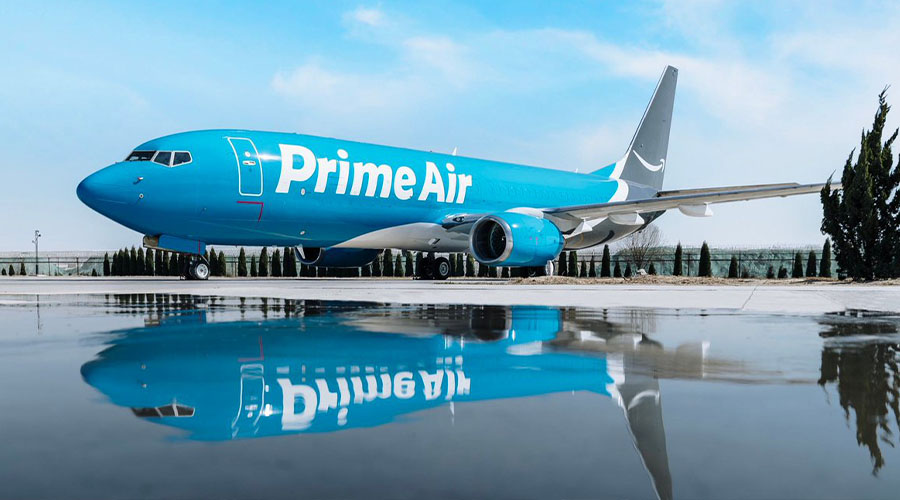 During the coronavirus pandemic the aircraft industry faced a humongous downfall. Meanwhile, e-commerce firms further extended their sales as citizens all over the world stayed home.

Previously, Amazon had relied on leased aircraft to fulfill its logistical needs and this marks the first direct shipping aircraft purchase.

It is stated that the number of passengers worldwide has been decreasing due to the effects of the epidemic, and airlines have started to reduce their fleets in response to the crisis.

On the other hand, on e-commerce sites such as Amazon, freight firms have seen a spike in online orders, and their shipping volumes have continued to grow.

Of the 11 aircraft purchased by Amazon, 4 are from WestJet Airlines and under the process of converting them into cargo planes, while 7 are from Delta Air Lines which will be operational by 2022.

Before acquiring these aircraft, Amazon’s delivery process functioned through a lease agreement, however, this is the first time Amazon purchased aircraft.

According to Amazon, the company will add at-least 85 leased and own jets into its system by 2022, for improved logistics and transportation and augment customer’s shopping experience.

Meanwhile, the price of the negotiation has not been disclosed by any party. However, data from Cirium’s aviation consultancy firm Ascend shows that the price of the Boeing 767-300ER declined by 15 percent in mid-December compared to the beginning of 2020.

Delta Air Lines aircraft have a 20-year history, and the cost of each aircraft is generally between US $13 million and nearly US $14 million.