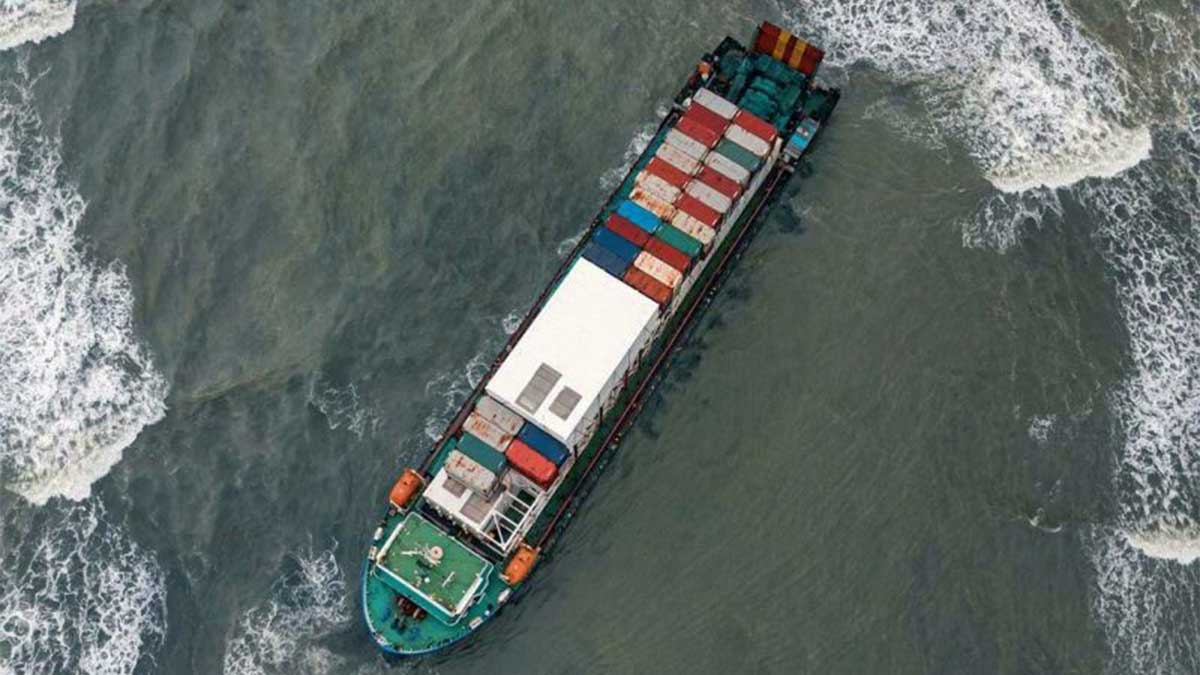 A container ship, MV Heng Tong 77, had been stranded at Karachi’s Sea view beach which is now freed after 48 days from the spot on Tuesday and yanked to the port at Keamari for maintenance.

Mahmood Maulvi, Special Assistant to Prime Minister on Maritime Affairs said, “The ship is still detained till issuance of safety certificates,” he said told media in a statement. According to Maulvi, the freight ship will be examined and afterwards allowed to float after safety clearance.

“The Heng Tong 77 ship will be taken to the harbour [by the tugs],” communicated Commodore (retd) Obaidullah, an expert on maritime affairs. “This is because of two reasons; both of its anchors have broken and the Pakistan government has taken the ship into its custody,” he said.

“I don’t want to use the word arrest. The ship has been detained, which means it will be brought to the harbour where the government’s surveyors will monitor it and even carry out an underwater check of the shop,” he added.

Furthermore, he informed that the safety navigation equipment of the ship and its engines would also be checked by the surveyors. “Till the owner does not fix the issues pointed out by the authorities, the ship will remain here,” he explained.

“This ship can leave for any other destination from the Karachi harbour only after the issues identified are fixed,” Commodore clarified while talking to the media.

KPT informed that the Heng Tong cargo ship was coming from Shanghai moving to Istanbul, Turkey. KPT further explained that it did not completely enter the Karachi Harbour, though it was fastened in Pakistani waters waiting for a crew change.

According to KPT officials, the ship came onshore because of high waves and a fragile engine. The ship was loaded with 118 tonnes of bunker fuel.

The notice confirmed that the ship would only be released after a satisfactory report by the reviewer, advising the captain to assemble for “repair/ maintenance of the hull and equipment”.