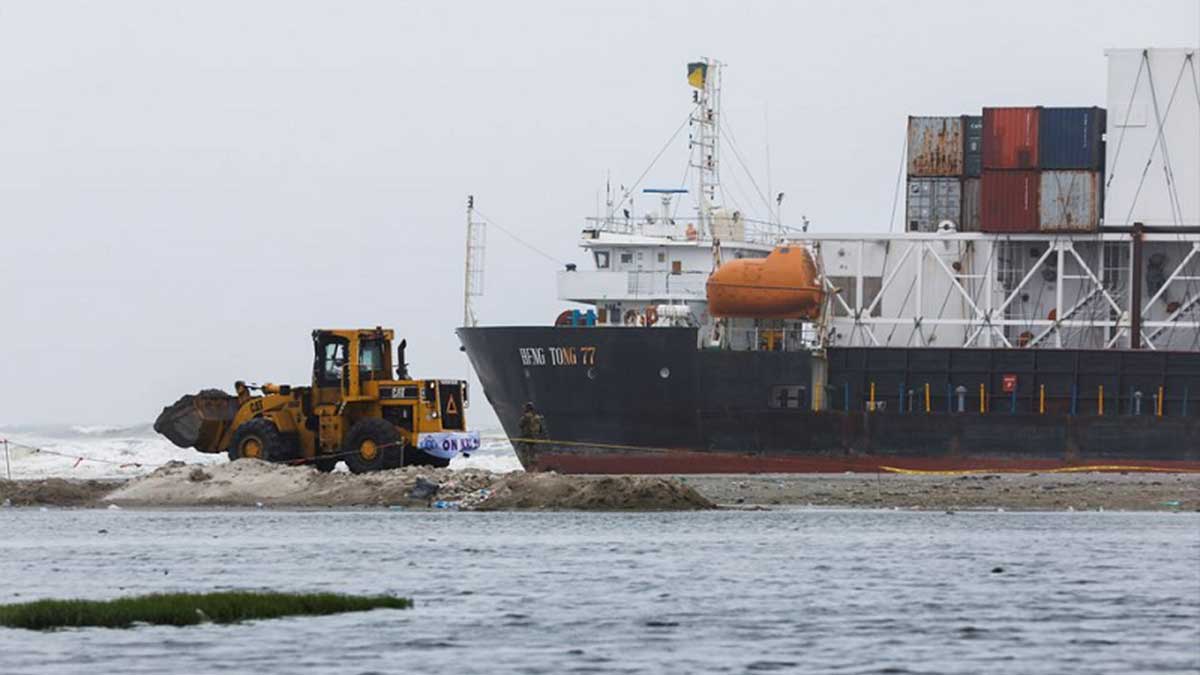 The cargo ship, Hang Tong 77 which was stuck in the sand near Sea view Karachi was successfully moved about 350 to 400 meters seaward only to get stuck again at a new part of the Seaview beach.

The re-flotation operation, said to be the responsibility of ship’s owners, was being planned for days.

On Monday, it was reported that the cargo ship stuck at Karachi beach is expected to be freed by Tuesday. According to the report, the Gadani’s shipbreaking company’s Monday operation to rescue the stranded ship was fruitful as the ship was diverted towards the sea and its engine had also started.

The experts said that tights will not be available after September 8 if the authorities fail to push back the ship into the sea within two days.

Furthermore, sources at the Gadani’s shipbreaking company, which is involved in the rescue operation of the ship, reported that a floating ‘barge’ was being used to evacuate the ship. A heavy crane attached to the barge was being utilized to free the stranded ship.

During the operation on Monday, the ship was moved 200 meters towards the sea from its old place, however, the operation had to be halted due to tidal waves.

When did the Cargo Ship get stuck in Karachi?

The Hang Tong 77, manufactured in 2011, sank in the sand near Seaview Karachi due to a broken hanger on July 21. Registered in Panama, the ship weighs 2,250 tons and is loaded with containers.

One of the Karachi Port Trust (KPT) spokesman told the media that the ship came ashore due to high waves and a weak engine.

The captain of the ship informed that one of the ship’s anchors broke on 20th July. He requested an immediate berth of the ship as it was hard to handle the ship with only one anchor, but the berth was not provided to him. The second anchor of the ship broke at 1:15 pm on the night between July 20 and 21, the captain had stated.