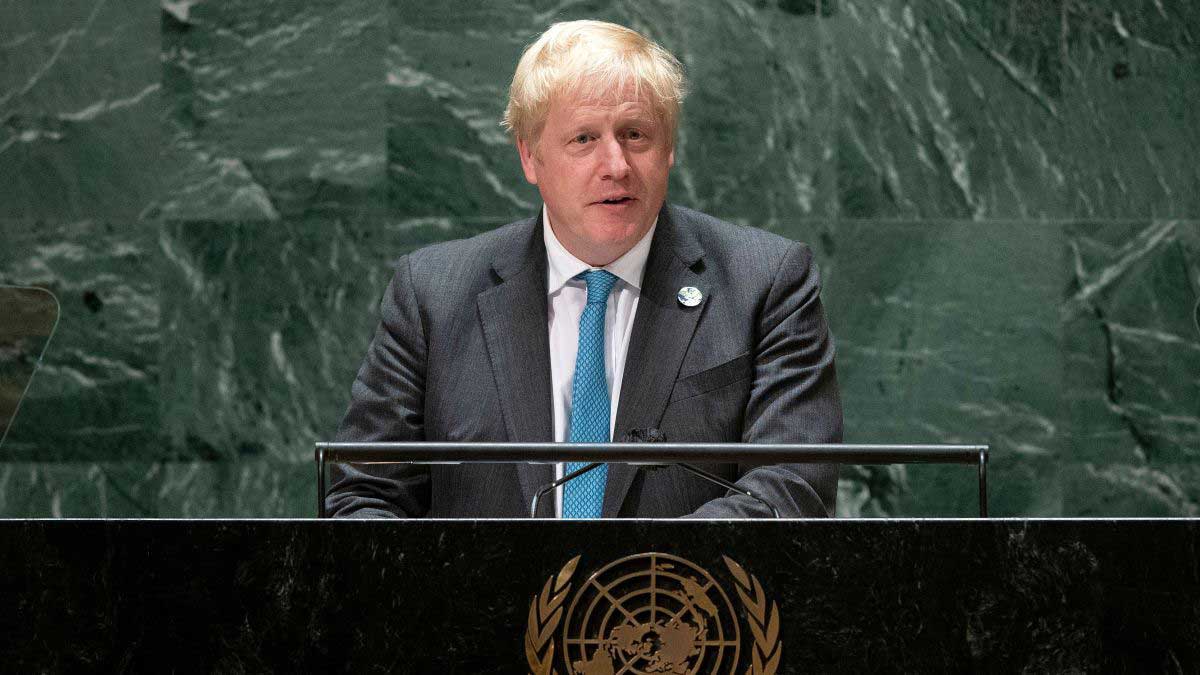 In a speech to the UN General Assembly on Wednesday, he said it was now or never for the world to meet its goal of limiting the global temperature rise to 1.5C above pre-industrial levels.

British PM reminded international leaders that the Earth is not “some indestructible toy,” and that the upcoming COP26 meeting in Glasgow will be “the turning moment for humankind.”

Mr. Johnson gave a speech to the United Nations General Assembly in the early hours of Thursday, acknowledging that a rise in temperatures is unavoidable, but that we can “restrain that growth.”

His speech was the final stop of his trip to the United States, which included discussions on trade, the Covid-19 pandemic, and climate change.

Mr. Johnson told the Assembly that it was time for “humanity to grow,” citing the coronavirus outbreak as an example of “gloomy experts being proven right.”

We are heading towards the crucial time, and we need to capture this moment and exhibit that we are able to look for our future, eager to change ourselves and took responsibility for regarding the havoc we are about to face which will not just affect this planet but us.

PM Johnson also added: “The world – this precious blue sphere with its eggshell crust and wisp of an atmosphere – is not some indestructible toy, some bouncy plastic romper room against which we can hurl ourselves to our heart’s content.

“Daily, weekly, we are doing such irreversible damage that long before a million years are up, we will have made this beautiful planet effectively uninhabitable – not just for us but for many other species.

“And that is why the Glasgow COP26 summit is the turning point for humanity.”