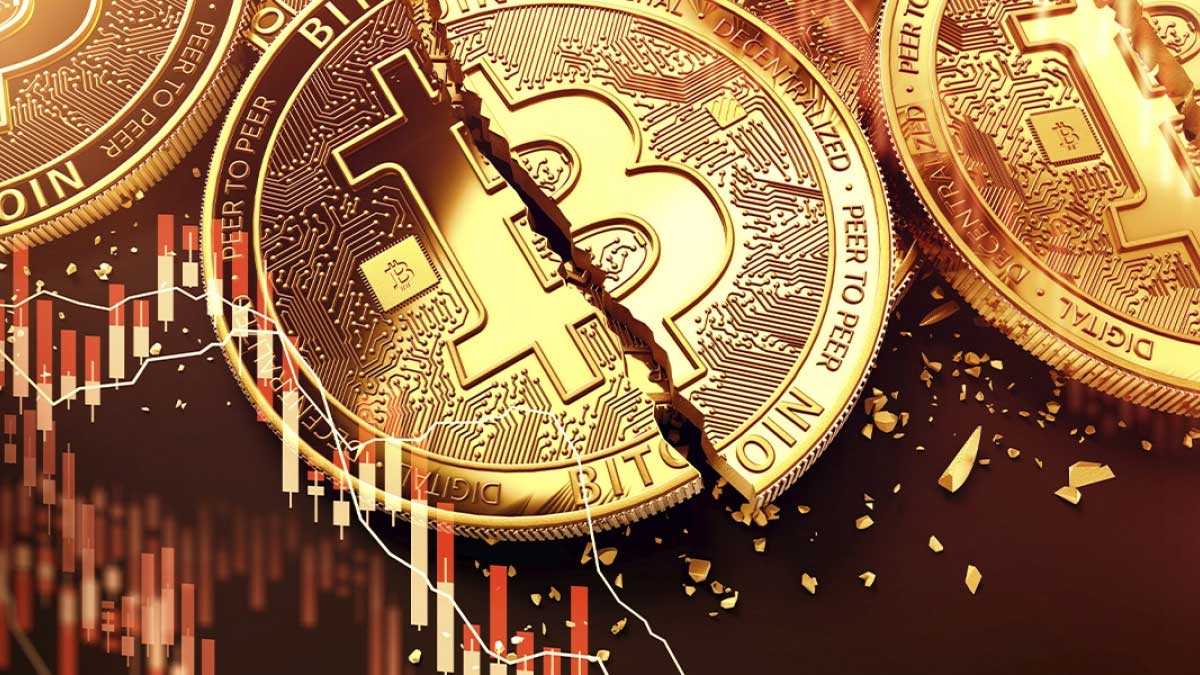 The crypto market cap fell by $200 billion on the Friday meltdown.

Following comments from the US Federal Reserve, bitcoin prices have dropped to their lowest level in months.

It comes after minutes from a Federal Reserve meeting indicated the central bank might boost interest rates.

It’s impossible to trace a spike or decline in Bitcoin’s price to a single cause due to its worldwide and decentralized structure. The release of the Federal Reserve’s December meeting notes, however, has been cited by numerous experts as one explanation.

The minutes show that the Federal Reserve of the United States may raise interest rates sooner than expected and sell off some of its assets.

This might have had a push, causing regular investors to avoid Bitcoin in favour of less volatile investments.

At the same time, Kazakhstan hosts a significant portion of the world’s Bitcoin mining – the mechanism by which transactions are confirmed and new “coins” are minted.

This week, political upheaval erupted in the vast Central Asian country, as citizens flocked to the streets to protest rising fuel costs. Demonstrators, whom the country’s government refer to as “rioters,” seized buildings in Almaty, the capital city, resulting in fatalities.

Kazakhstan is expected to handle nearly a fifth of all Bitcoin “mining,” as the process is called, thanks to its typically low electricity costs.

Apart from this, the internet services were also disrupted for whole week which halted the processing power of entire Bitcoin network.

Bitcoin has now dropped to its lowest price since September 2020, from a November high of $69,000.

Meanwhile, the Mozilla Foundation, which produces the Firefox web browser and other open-source software projects, has declared that it will no longer accept crypto-currency payments in response to user backlash.

The organization has accepted crypto-currency donations for years, but a recent tweet reminding users of that fact sparked outrage, as the digital currency’s energy consumption and unregulated nature continue to be a source of contention among many detractors.