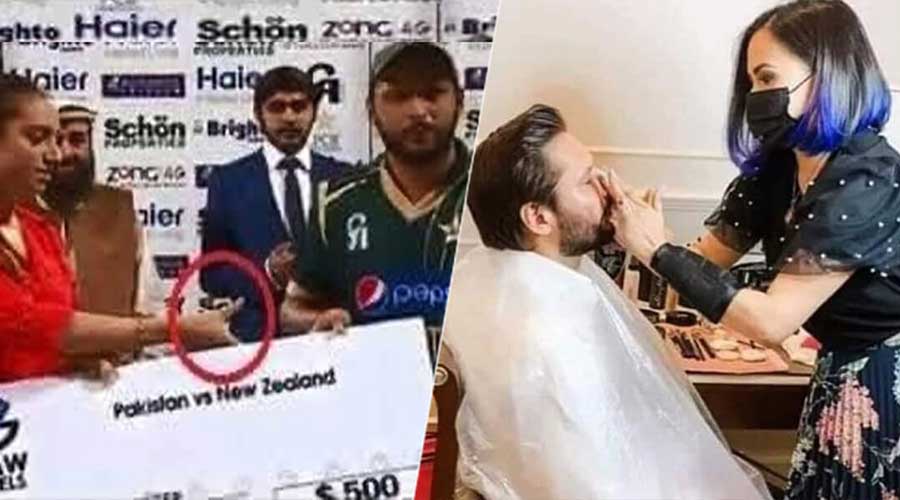 Boom Boom Shahid Afridi has landed in hot water for his pretentious on-field claim and off-field activities and hypocrisy after getting a facial done by a woman.

The Pakistani all-rounder Shahid Khan Afridi retired from international cricket but still manages to remain in the spotlight. Whether Lala’s on-field antics or his views regarding women cricket, the boom boom Afridi has a talent of landing in the hot waters.

In a recent leak, a picture of Shahid Afridi circulating on the social media in which the former cricketer has been seen getting a facial from a woman that stirred up the internet.

This Afridi getting facial done from a woman reminds us all an incident happened in his prime when Shahid Afridi refused to shake hands with a woman who was presenting him an award for man of the match performance.

The citizens of Pakistan called Shahid Afridi a hypocrite due to his on-field claim and off-field activities.

Recently the former Pakistani cricketer turned himself into a welfare worker in order to improve the lives of millions, pointed fingers at Pakistan head coach Misbah-ul-Haq for being the reason for Pakistan’s loss to India in World Cup 2011 semi-final due to his slow batting. However, after some time he explained that the statement was reported out of context, and said that the publisher only wanted to give it a sensational headline.

Shahid Khan Afridi was also offered a mentorship opportunity in regard to Saudi cricketers, as Saudi representatives requested Pakistan to help promote cricket in the Kingdom of Saudi Arabia.