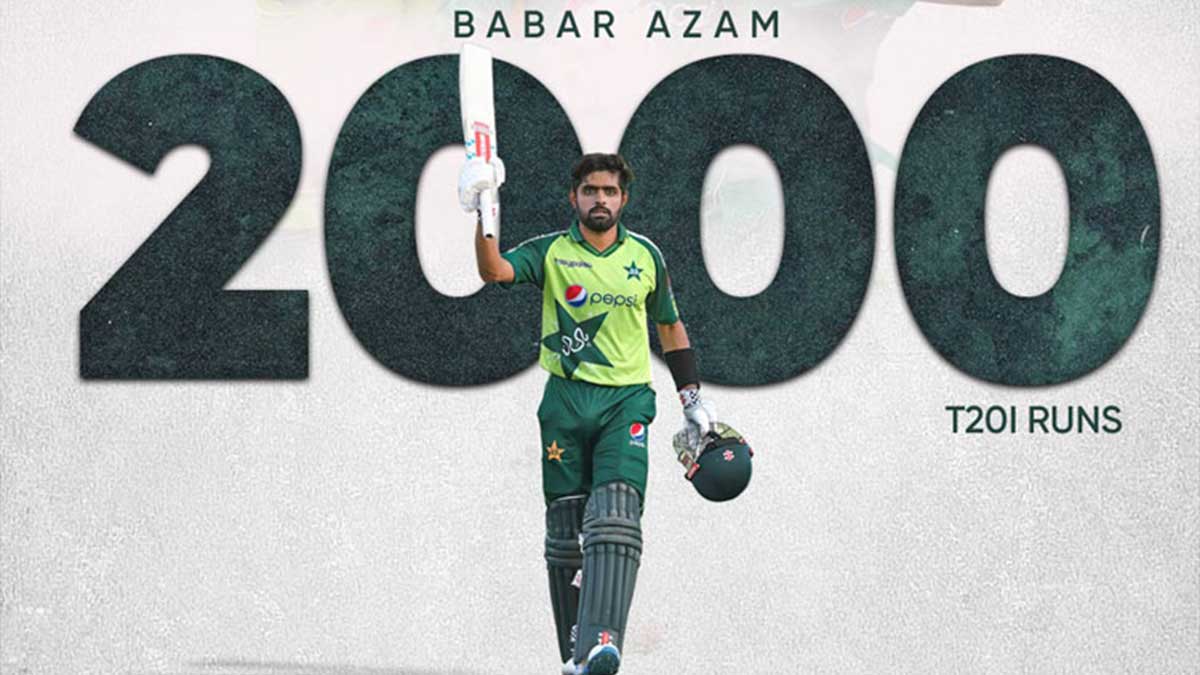 With his contribution to Pakistan’s series-clinching victory against Zimbabwe, Babar Azam became the fastest player in international cricket to cross 2,000 T20 runs.

In the third and final game at the Harare Sports Club, captain Babar made 52, but it was Mohammad Rizwan’s unbeaten 91 that propelled Pakistan to a 165-3 victory.

Zimbabwe was unable to reach that number, despite Wesley Madhevere’s (59) efforts to keep the hosts in contention. In reply, they were 102-1 at one stage, but lost three wickets for eight runs to end their hopes.

Tadiwanashe Marumani was bowled for 35 runs which was the start of the decline for Zimbabwe, however, despite Brendan Taylor’s 20 runs, the innings crumbled in the final stages, ending at 141-7 to lose by 24 runs.

With the ball, Hasan Ali was the star performer for Pakistan, taking career-best figures of 4-18 as the tourists bounced back from their first-ever defeat in the format to Zimbabwe on Friday.

Babar won the toss and chose to bat first after his team was bowled out for 99 while chasing in the previous game. In the powerplay, Sharjeel Khan was dismissed for 18, but he combined with opener Rizwan to put on a vital second-wicket stand of 126 runs.

The partnership finally ended when Babar was trapped in the deep in the final over, and Fakhar Zaman followed suit with a first-ball duck.

Luke Jongwe took advantage of the late double to finish with 3-37, giving him nine wickets at an average of 8.77 in the series. In his team’s win, he scored 4-18, but the hosts were unable to replicate the feat.

The two nations will now concentrate on Test cricket. On Thursday, a two-match series begins in Harare.

Rizwan shines in yet another T20 game

As in the first game, the home team seemed to be in a good spot in a run chase, only to lose ground as the finish line approached. Madhevere hit seven of his team’s 16 fours, but they failed to score a single six.

Rizwan was the only player in the match to clear the boundary rope three times as he recorded his fourth unbeaten half-century in his last seven T20 games.

Babar has now scored 50 or more in T20 cricket for Pakistan on 11 occasions since the start of 2019, a fine run of form that has seen him cross a significant personal milestone.

He scored 2,000 runs in 52 innings, four less than India captain Virat Kohli. His career average in the format is now 47.32, which is extremely impressive.