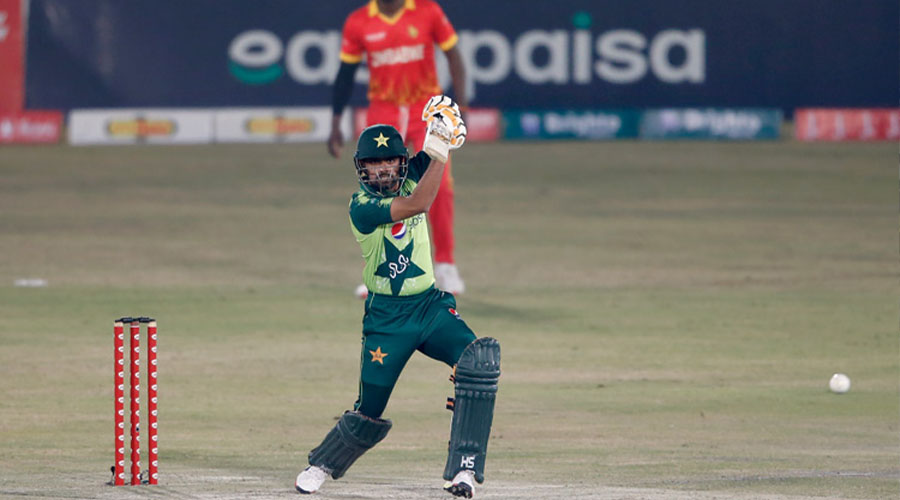 The Pakistani captain Babar Azam controlled the game as Pakistan secured an easy six-wicket victory in the first T20 match against Zimbabwe.

The match was played in the Rawalpindi stadium and Zimbabwe elected to bat first and added 156/6 on the scorecard. Zimbabwe chose to bat and they were immediately dealt a blow in the first over with Mohammad Hasnain getting rid of Chamu Chibhabha for 0.

Zimbabwe’s top batsman was Wesley Madhevere who managed to score 70 and provided a decent score.

However, the Pakistani skipper had some other plans for the visitors and Babar Azam made sure the hosts had few issues while chasing the target.

Babar Azam, who is currently the second-best T20 player according to ICC T20 batting rankings, made 82 runs in just 55 runs.

In his 82 runs innings against Zimbabwe, Pakistan’s skipper Babar managed nine fours and a solitary six and made 80 wicket partnership with Muhammad Hafeez who scored a decent innings of 36 runs.

Blessing Muzarabani, the hero of the last ODI was the one who dismissed both settled players, but Pakistan still managed to win with seven deliveries to spare.

Haris Rauf and Wahab Riaz claimed two wickets respectively as the Zimbabwe team was down on 87-4 after Brendon Taylor won the toss.

Madhevere who played his career-best innings in the T20 format, while on the other side Elton Chigumbura has proclaimed that he will retire at the end of the tour.

The second game will be played at the same venue on Sunday.