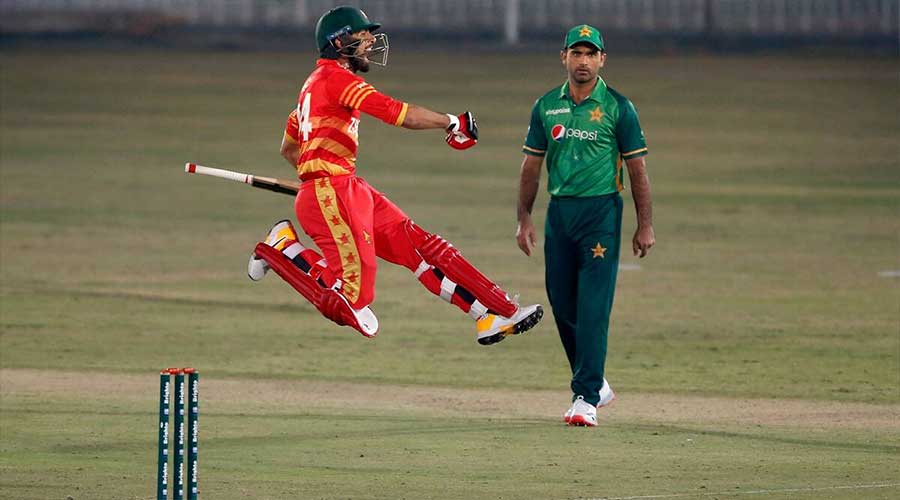 Zimbabwean bowler Muzarabani displayed phenomenal performance as Zimbabwe evaded the ODI whitewash by the hands of Pakistan with super over victory in Rawalpindi cricket stadium.

The host already won the three-match series after winning the first two fixtures, but Muzarabani made sure that the visitors have something to celebrate as he outshined the Pakistani batsmen in the final moment of the game.

Zimbabwe bat first and set a handsome target of 279 to be defended, Sane Williams scored an unbeaten 118 runs as Brendan Taylor made half century and went back to pavilion after scoring 56 runs, Wesley Madhevere scored 33 runs while Sikandar Raza added 45 runs on the scorecard.

The youngster Muhammad Hasnain took 5 wickets and conceded only 26 runs in 10 overs, and controlled Zimbabwe but on the other hand, Muzarabani also answered with the variations in his bowls and also took 5 wickets and ensured Pakistan finished their inning on a tie on 278-9.

The match was shifted towards Zimbabwe side when Pakistan lost half of their team but captain Babar Azam and Wahab Riaz made a tremendous partnership and saved the match but the key moment of the match came in penultimate over when Muzarabani took the wicket of star batsman Babar Azam who scored 125 in 125 balls.

In the final over Pakistan needed 13 runs, but Muhammad Musa and Hasnain on the pitch could only manage to get 12 and succeeded to tie the match and forced a super over in which Zimbabwe triumphed.