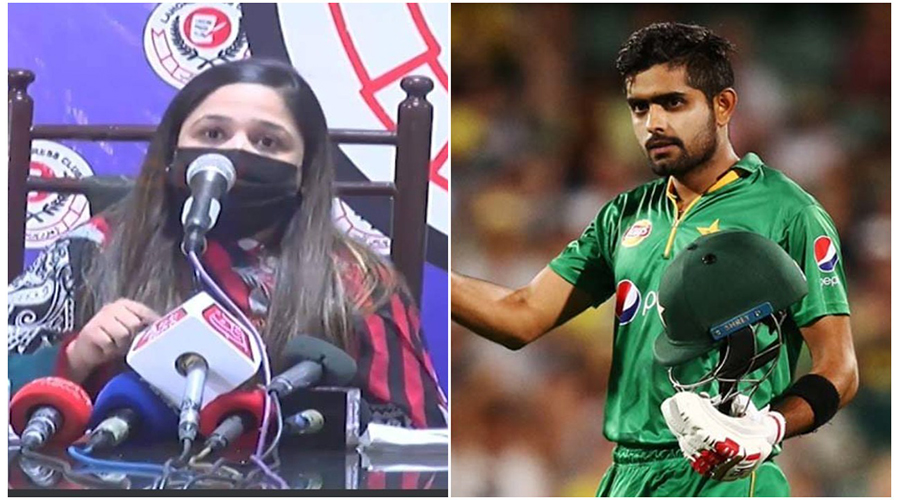 Babar Azam, the captain of the Pakistan cricket team in all formats has been accused of sexual abuse and violence by his former school mate.

A woman hailing from Lahore, identified as Hamiza, has come forward and levelled allegations against Babar Azam while conducting a press conference in Lahore where she revealed that the Pakistani cricketer abused her 10 years ago.

Hamiza, who was Babar’s school mate and an old neighbor, further said that the 26-year old cricketer had tricked her to fall in love and he tortured her when she asked for marriage.

Furthermore, while highlighting the early career of Babar Azam, she said that she supported the cricketer in the early stage of his career, where she financially supported the star cricketer and spent millions on him.

Hamiza said that Babar Azam proposed to her in 2010, but both families did not agree to the proposal and as result, they fled and stayed in different homes across the city, however, Babar Azam declined to marry her in the end.

Hamiza also further said that she previously submitted a complaint against Babar Azam regarding this abuse matter to Pakistan Cricket Board (PCB) but the request was rejected by PCB by saying that this is a personal matter.

The accuser demands justice to be served so that no woman in the future suffers what she experienced. The accuser also claimed that she has all the proofs needed.

In the meantime, Babar Azam, who is in New Zealand for a three-match T20I series and a two-match Test series, could not be reached for a comment on the matter.