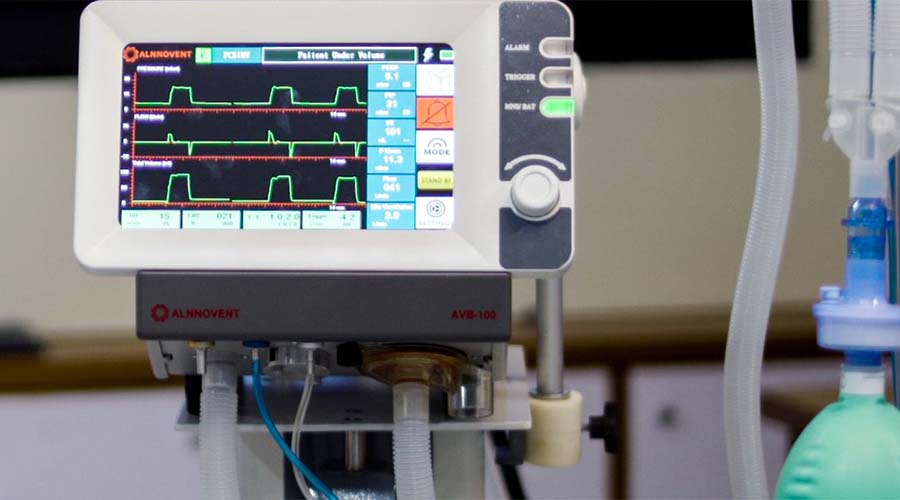 The prototype of the ventilator called AVB-100 has been handed over to the Innovation and Testing Center (I&TC) of the Pakistan Engineering Council (PEC).

The report was revealed on Thursday that as per the engineering division of the group, Alsons Technologies Pvt Ltd, a leading precision engineering company of Alsons group has developed a local ventilator with all features available on par with the imported ventilators in Pakistan.

According to the official statement, the center will test the prototype called AVB-100 for nearly two weeks as clinical trials will be carried out and then pass it over to the Drug Regulatory Authority Pakistan (Drap) for approval as registered medical equipment fit for use in Pakistan.

Moreover, Brig Tariq Javed, leading PEC’s testing center along with his team of engineers visited the Research and Development Center of Alsons Technologies where the AVB-100 ventilator has been designed and developed along with its software development. The features of the medical equipment and the process of design and development was briefly briefed to the whole team.

Then Brig Tariq Javed along with his team also visited the ventilator manufacturing facility that has been set up in its factory in Karachi’s SITE area. The team further visited the manufacturing process and inquired about the capacity of the group.

Brig Tariq Javed said that Alsons can manufacture with its existing manufacturing capacity and the level and experience of precision engineering is in line with the medical equipment that is being imported in Pakistan.

The company says that they are building an initial capacity of manufacturing upto 50 ventilators a month.

Chairman of Alsons Group, Abdul Rehman Allana said that the imported ventilators cost between Rs. 4.5 million to Rs. 6 million due to Covid-19 pandemic but the local ventilators which they have developed would be available in the market at around Rs 1.5 million. He added that this ventilator has all features and reliability similar to the imported equipment offered to the patients.