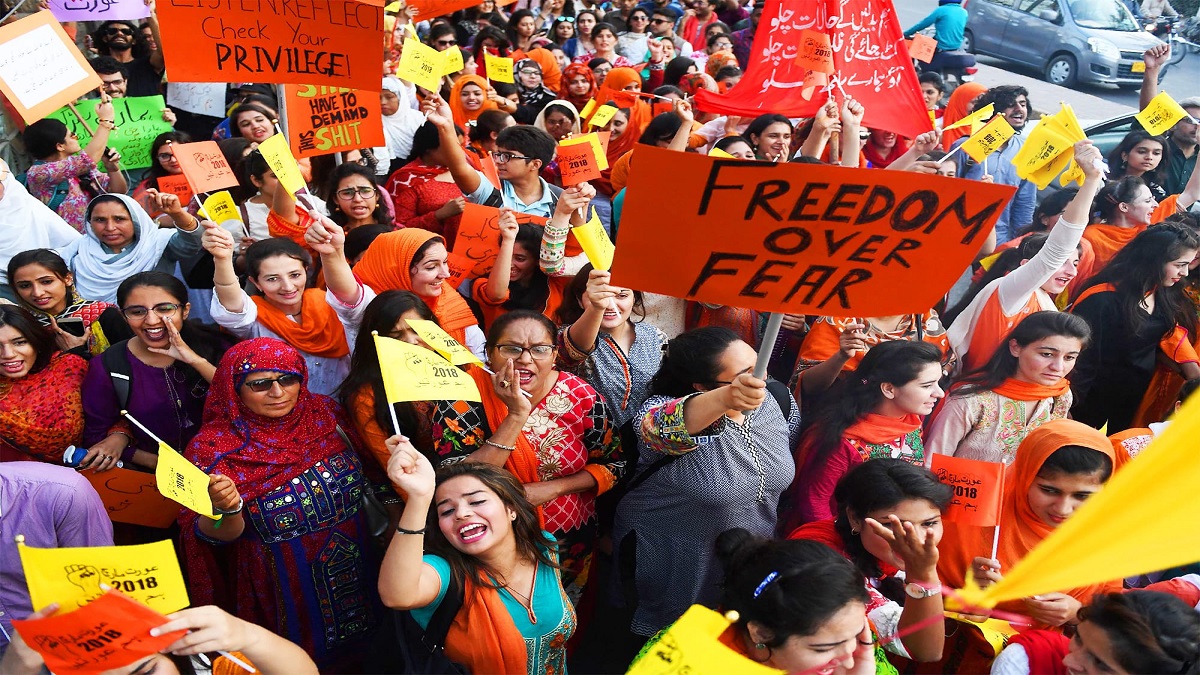 Aurat March has become vulgarity and not the demand for rights of women. Like the previous year, Aurat March was launched in 2021 also where ‘liberal’ and ‘vulgar’ demands were at peak, but this time, it took a turn when a doctored video came into view in which unacceptable demands.

Women took to the streets for the annual aurat march in many cities of the country and received flak for its ‘liberal’ and ‘vulgar’ demands, as many took to social media to condemn it for imposing “western debauchery” on Pakistani society. However, that doctored video started circulating on all social media platforms, it is being said that the video was edited to give a religious spin to the slogans being chanted at the march.

And so, many netizens are accusing the march of heinous crimes such as blasphemy.

One of the Netizen wrote, “#DharnaAgainstAuratMarch #BanAuratMarch This so called “Feminism” Ideology insulting Our Prophet Muhammad like its nothing or its in America#PMImrankhan Sir kaha gayi riyasat e madina sir???#BlasphemyAtAuratMarch”

However, right after such reaction from many people, the organizers of the march immediately released the original video that had nothing religious in the slogans.

“Classic, twisted and dark,” Singer Meesha Shafi said on Twitter. “A marginalised, victimised and vulnerable sector of society takes peacefully to the streets on a universally designated single day set aside for them, the usual rabid suspects take it straight into the twilight zone! This place is literally sick!”

Muhammad Jibran Nasir also wrote a note on Facebook, “Media is supposed to be a source of fact check specially if a matter concerns life or death. A false blasphemy allegation can mean an imminent death threat in Pakistan. We all remember case of #MashalKhan. It’s sad & worrying to see some well-known media persons becoming a source of spread of malicious propaganda against #AuratMarch organisers by sharing edited videos without verification.”