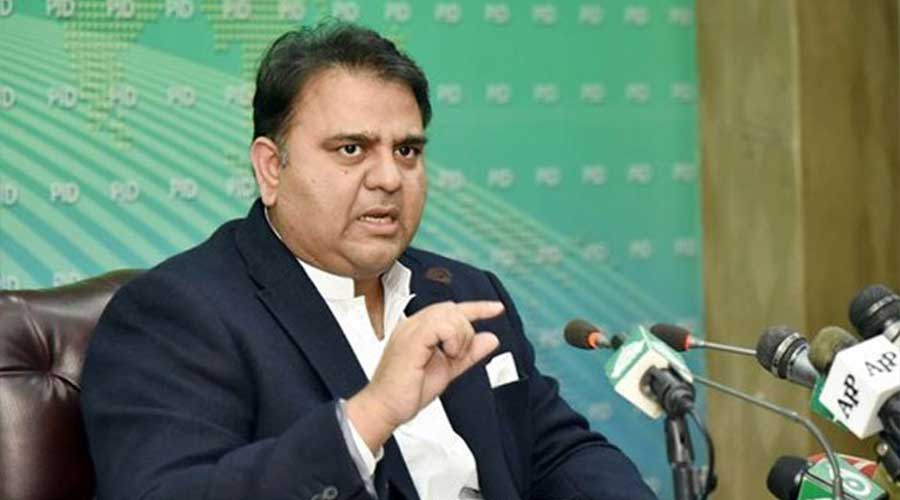 On Tuesday, Federal Minister for Science and Technology Fawad Chaudhry suggested the PDM to invite singer Atif Aslam to pull a crowd for its 16th October gathering in Gujranwala.

PML-N, PPP and other opposition parties are ready for the PDM rallies on roads starting with the 16th October Gujranwala public gathering that would be led by the party’s Vice President Maryam Nawaz. In this regard, while speaking in a live TV show aired on a private news channel, Mr. Chaudhary suggested PML-N’s Mohsin Shahnawaz Ranjha to call Atif Aslam for in order to pull the crowd instead of Maryam when Mohsin said that Maryam Nawaz instead of Shahbaz Sharif had been chosen to lead the October 16 rally as she is a “crowd puller”.

The host of the show Kashif Abbasi controlled his laugh by bowing his head down whereas Ranjha tried to tackle the situation. The host was discussing the rise of political players who had landed into leadership positions “without following the process”. The host mentioned in the show that Maryam Nawaz and Bilawal Bhutto had entered the political foray “by virtue of inheritance”.

The host further asked Ranjha why Shehbaz Sharif does not lead Jalsas and rallies and why his daughter does so? Ranjha answered because “Maryam is a crowd puller”.

“If we look at our political party and we go to [our] political rallies, it’s a fact. If she is a crowd puller, then we want our party to be led by a person, [whose] rallies are attended by people who want to leave their homes [for her] and do not have to be invited. She is a crowd puller,” Ranjha said.

As soon as the PML-N spokesman made the comment, Fawad Chaudhry couldn’t resist making a wisecrack and said “Why don’t you invite Atif Aslam?” To which Ranjha commented, “Atif Aslam and others” are not of the “caliber” to gather the crowd.

Mr. Chaudary again availed the chance and suggested to call folk singer Attaullah Khan Esakhelvi instead, to which Ranjha answered back Attaullah would be in Mianwali and he would not accept this offer.