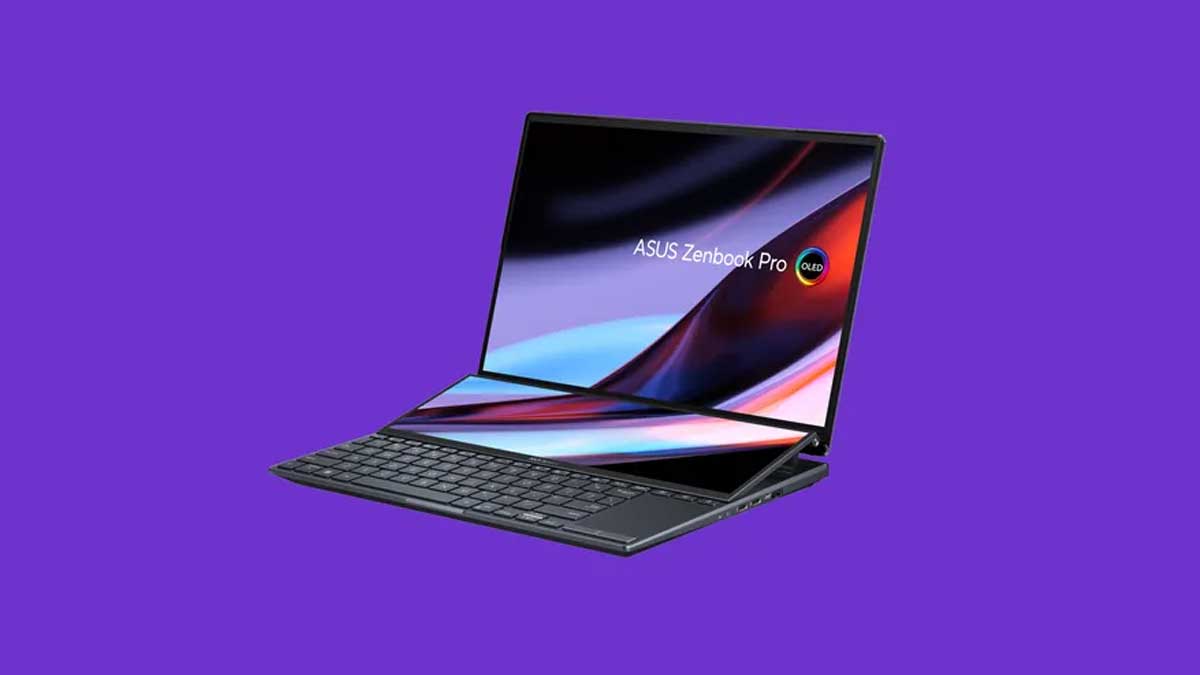 The all-new Asus ZenBook Pro 14 Duo OLED (UX8402) is a notebook featuring a 14.5-inch OLED touchscreen display with a resolution of 2880 x 1800 pixels, a refresh rate of 120 Hz, and a response time of 0.2 milliseconds. However, this is only one of the laptop’s displays.

Above the keyboard, there’s a 12.7-inch, 2880 x 864-pixel IPS LCD screen that may be utilized as a secondary display for seeing menus, controls, or other information from an app running on the primary screen, or as a space for multitasking while watching additional apps.

Asus claims that the new displays are bigger and offers higher pixels and viewing space than the panels on last year’s Zenbook 14 Duo, despite the fact that this isn’t the company’s first dual-screen 14-inch laptop. The new screens are also brighter, more colourful, and have faster refresh rates thanks to the switch from LCD to OLED technology.

When you open the Asus Zenbook Pro 14 Duo OLED, the second screen, which Asus calls the ScreenPad Pro, tilts at a 12-degree angle, letting you to conveniently observe and engage with the touchscreen. Also available from Asus is software that lets you adjust on-screen controls for Adobe Photoshop, Premiere Pro, After Effects, Lightroom Classic, and Illustrator. According to the company, future plans include adding support for new software.

While the laptop’s dual displays are its most unusual feature, it also has a great power owing to support for up to an Intel Core i9-12900H processor and discrete graphics (though with only an NVIDIA GeForce RTX 3050 Ti GPU, the ZenBook 14 Pro Duo OLED might not be the best option if you’re looking for bleeding edge graphics).

With a weight of 3.75 pounds and a thickness of 0.7 inches, a higher-performance GPU would have been difficult to put within.

A 76 Wh battery, an IR camera with facial recognition, a 4-mic array for collecting 360-degree audio, and a set of connections that includes two Thunderbolt 4 ports, HDMI 2.1, USB 3.2 Gen 2 Type-A, and headset jacks, as well as an SD card reader are among the other features.

The Asus Zenbook Pro 14 Duo OLED supports up to 32GB of LPDDR5-4800 memory and up to 2TB of PCIe 4.0 solid state storage, and Asus expects it to sell for $2,000 and higher when it launches later this year.