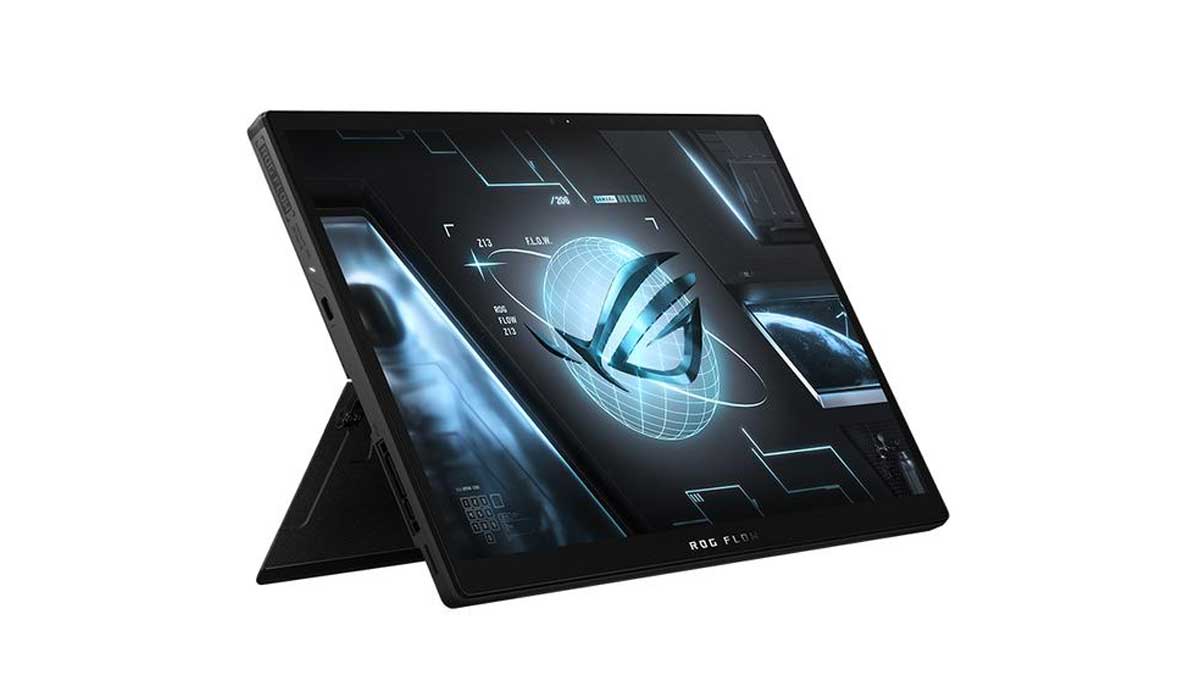 Playing games on a tablet isn’t exactly ideal, but Asus hopes to alter that with the ROG Flow Z13, billed as “the world’s most powerful gaming tablet.” This tablet is equipped with Intel’s most recent processors as well as Nvidia’s RTX 3000 series GPUs.

The Flow Z13 is a tablet/laptop hybrid featuring a 13.4-inch screen and an attachable keyboard. This screen can be 1080p 120Hz or 4K 60Hz, but both offer Adaptive Sync, Dolby Vision support, and Pantone-certified colour accuracy. Because the slate is only 12mm thick, it is highly portable.

It comes with a hinge that can be elevated to 170 degrees to keep the screen at a comfortable angle. It’s also a Windows tablet, so it can play all of your PC games (Steam, Epic Games, etc).

Read more: Qualcomm to Launch Its Own Gaming Phone in Partnership With Asus

Despite its relatively small size, the Flow Z13 tablet is a powerful machine. Asus has fitted the tablet with an Intel Core i9-12900H CPU, which is currently one of the most powerful laptop processors available. It has 6 performance cores and 8 efficiency cores along with Intel Xe GPU integration, the i7-12700H and i5-12500H processors are also available.

A USB-C Thunderbolt 4 port with support for DisplayPort 1.4 and USB Power Delivery with up to 100W charging speeds is among the ports. A USB-A port, another USB-C port, HDMI, an SD card reader, and a 3.5mm headphone jack are also included. The battery has a capacity of 56 WHr, however Asus has not revealed how long it will last.

Meanwhile, it is unknown how much the Flow Z13 tablet will cost, but it is sure the tablet is not going to be very inexpensive.