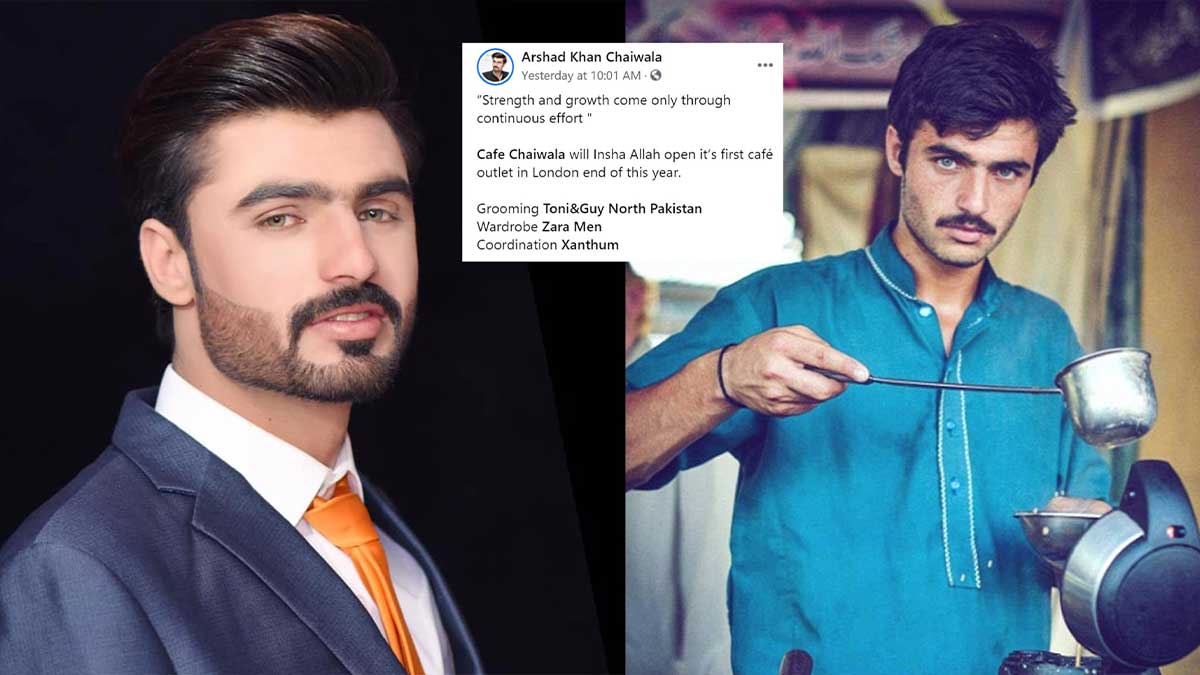 Arshad Khan alias Chaiwala has announced to go international by launching his first cafe in London of United Kingdom by end of 2021.

According to details, the owner of Cafe Chaiwala, who rose to fame after his ordinary picture from a local tea stall that went viral online and made him the very popular Arshad Chaiwala in Pakistan will be soon opening his first overseas outlet in London by the end of this year.

He owns a café named ‘Café ChaiWala- Rooftop‘, located in Islamabad and now he is all set to cross the national borders to open his first café outlet in London.

Thus proven correct as Arshad’s continuous effort led to his dreams becoming realities. It shows that his efforts are soon going to create a positive result by launching his new Café Chaiwala outlet in London by the end of 2021.

Everyone knows who Arshad ‘Chaiwala’ is, as he has been getting the ultimate protocol across the nation just for the sake of it. The ‘uneducated’ tea seller is now to open ten outlets of Café Chaiwala in the UK.

The accomplishments and fame that he has gained is not due to education and certainly not due to his status, rather the fame was rained over him all due to social media users who appreciated his picture as a tea guy which went viral.

Arshad made a statement about his current cafe, “Many people asked me to name my café as Arshad Khan and told me to change the current name. But I refused because ‘Chaiwala’ is my identity.”

However, his cafe’s menu consists of around 15-20 dishes at the café apart from tea.