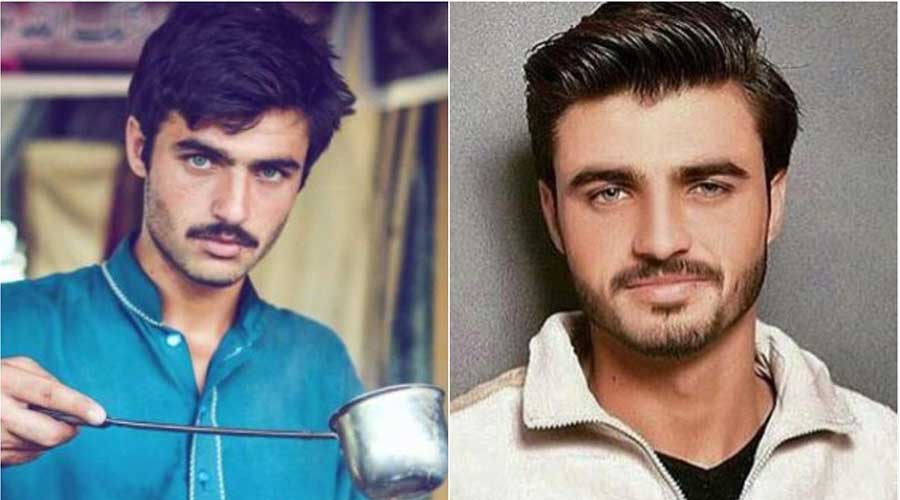 In an interview, the famous ‘chai wala’ Arshad Khan shared that he has now opened his rooftop cafe in Islamabad and named his venture Café Chai Wala.

A few years ago when one fateful day in September 2016 the 17-year-old Arshad Khan started off his regular day. He was a tea seller in a local Sunday market in Islamabad. However, that day was different because of an aspiring photographer caught his blue-eyed gaze on camera while he was just about to pour tea into cups.

His captured photo was then put onto Instagram with the caption “Hot tea”. Since that day, chai wala’s picture started taking rounds on all social media platforms due to the natural Arshad’s beauty. People started falling in love with that person and that chai wala was later able to bag a lot of acting/modeling opportunities in showbiz.

The viral ‘Chai Wala’ Arshad Khan shared his plan to start a new business of chai and to soon open a chai cafe of his own. In the interview, Arshad Khan shared that he has now opened his own chai cafe. He said, “Some people suggested me to name my cafe ‘Arshad Khan’. They asked why I named it Chai Wala, and said that I should remove it.”

He further said, “There are at least 15 to 20 dishes apart from chai. Running this cafe is the most important thing for me right now so I am giving this more time because it is attached to my name.”

While talking about his showbiz career, Arshad said, “Whereas, about acting, two to four episodes of my TV show have been released. I will also give some time to that, InshAllah.”

He added “In our society, a lot of people emphasize the need for education. I didn’t pursue an academic education but Allah has put me where I am today. Yes, I do regret not being able to complete my education, so I’m starting an organization to help fund the education of kids like me who quit school due to financial constraints, but also learn a professional skill to support their livelihood when they grow up.”