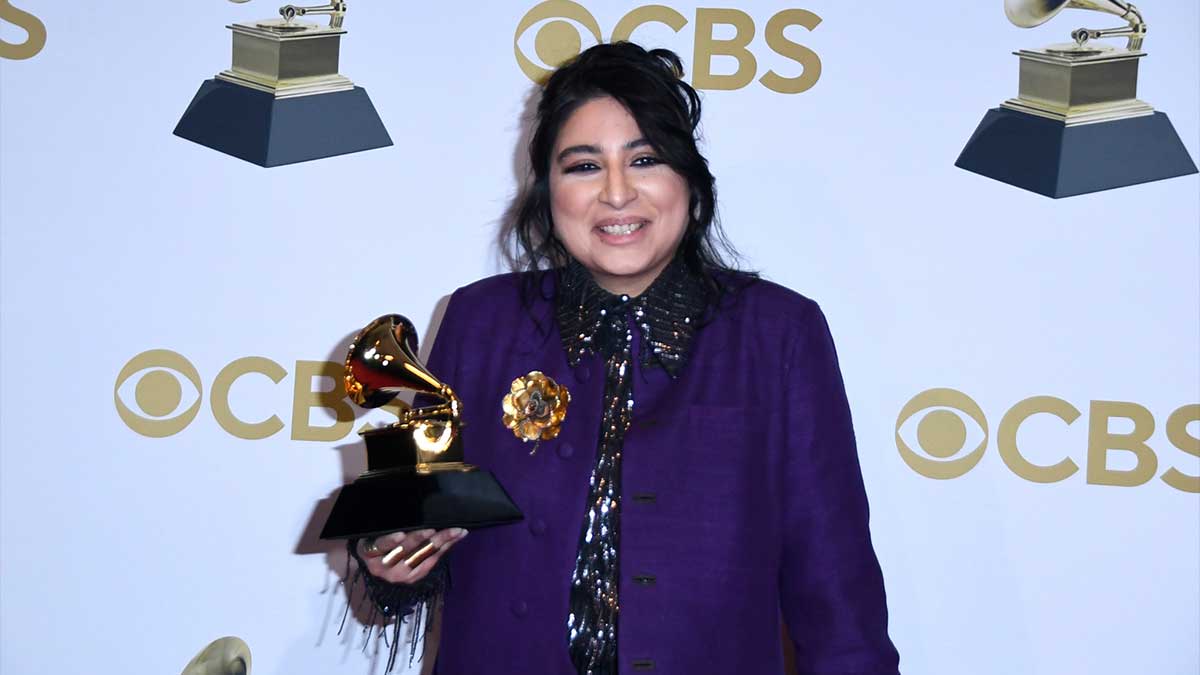 This victory must be special for Pakistan as Arooj is the first Pakistani woman to get such a high-status trophy.

“@Arooj_Aftab’s “Mohabbat” wins Best Global Music Performance at the 2022 #GRAMMYs. Aftab is the first Pakistani woman to win a GRAMMY and is also nominated for Best New Artist,” shared on the official Twitter account of Grammys.

Arooj who has lived in New York for almost 15 years, has been on the way of gaining worldwide attention for her work which is a combination of ancient Sufi traditions with inflections of jazz, folk, and minimalism.

Meanwhile, the artist is also up for the most coveted Best New Artist prize, which will be given during the main Grammy telecast later Sunday.

“I am beyond thrilled,” the singer told journalists offstage at the pre-gala ceremony, at which the vast majority of awards are handed out. “It feels great.”

“I’ve been very nervous all day. And we’re off to a good start.”

Belonged to a Pakistani family in Saudi Arabia, Arooj Aftab lived her teenage years in Lahore before moving to Boston’s prestigious Berklee School of Music to study music production and engineering.

Moreover, she has performed at numerous major New York venues like Lincoln Center and the Museum of Modern Art, also starting for Mitski at The Brooklyn Steel in 2018.

While talking to the media during the days leading up to the Grammys, Aftab applauded her fellow performers nominated for Best New Artist, a crop that comprises beloved Olivia Rodrigo along with rappers The Kid Laroi and Saweetie.

“We’re all so cool — the group itself is kind of like a win,” she said.