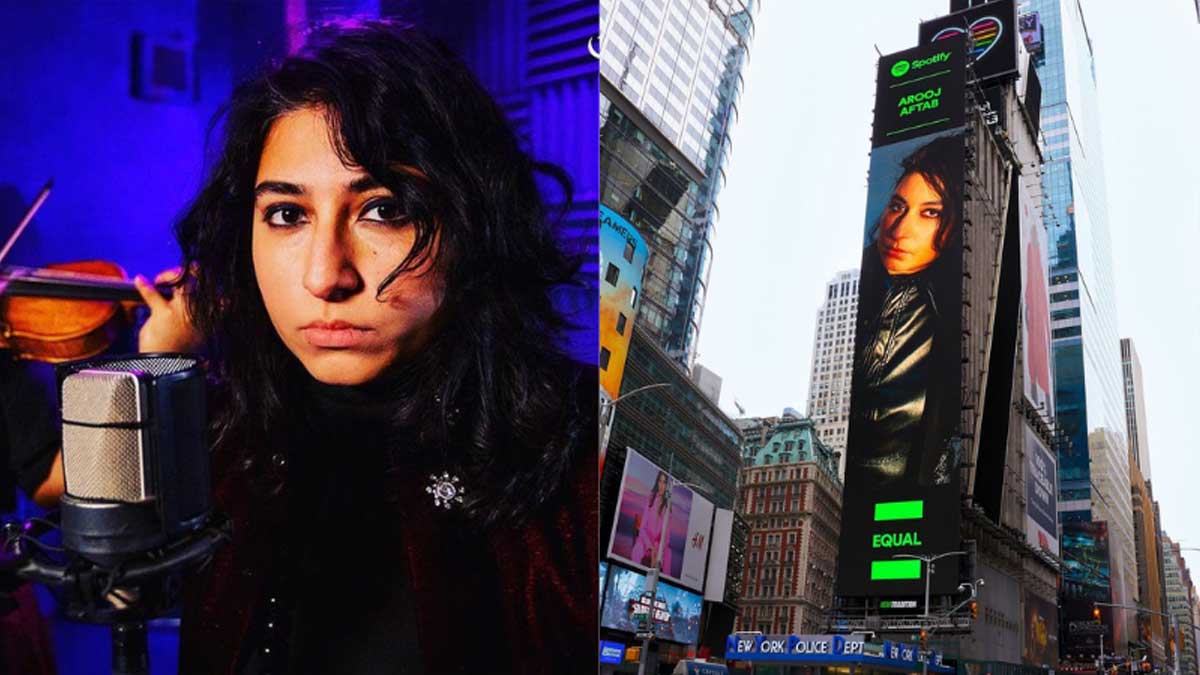 Aftab has now developed a household name with her singing skills and is demonstrating women creators of Pakistan at a universal level.

The world’s most desired and popular streaming service intends to celebrate female creators by providing them a platform to publicize their content with the world.

Moreover, the Mohabbat singer is being spotlighted as the platform’s ‘EQUAL Artist of the Month’ on the digital billboard advertisement in New York as a part of a global campaign.

“I am extremely excited to be the first Ambassador of EQUAL Pakistan because this kind of well-structured programme will help uplift women in the audio industry of Pakistan,” the singer said.

In addition, Arooj Aftab is the first Pakistani woman to have been chosen for a Grammy in the Best New Artist and Best Global Performance category.

Aftab’s work is being valued across the world and she is very much “elated” about her music being acknowledged by the greatest award ceremony in the industry.

She had also performed at a music fiesta in Pakistan during which she met Sufi legend Abida Parveen and sang ‘Man Kunto Maula’ with her.

With regard to Pakistani music, the singer considers that people of Pakistan, on a cultural level, are never without music or poetry, never devoid of some form of art and dance.

Furthermore, Aftab, this year, will be performing at the American musical festival Coachella beside artists such as Lil baby, Harry Styles, Billie Eilish, 21 Savage, Megan Thee Stallion, Disclosure, Stromae, and a number of other artists.

Arooj Aftab is internationally recognized for her exceptional singing style. She was also presented in the ex-US president, Barack Obama’s playlist of music he loved listening to during the summer of 2021.

Her major-hit song ‘Mohabbat’ was cited alongside songs from singers like Stevie Wonder, The Rolling Stones, and Rihanna.