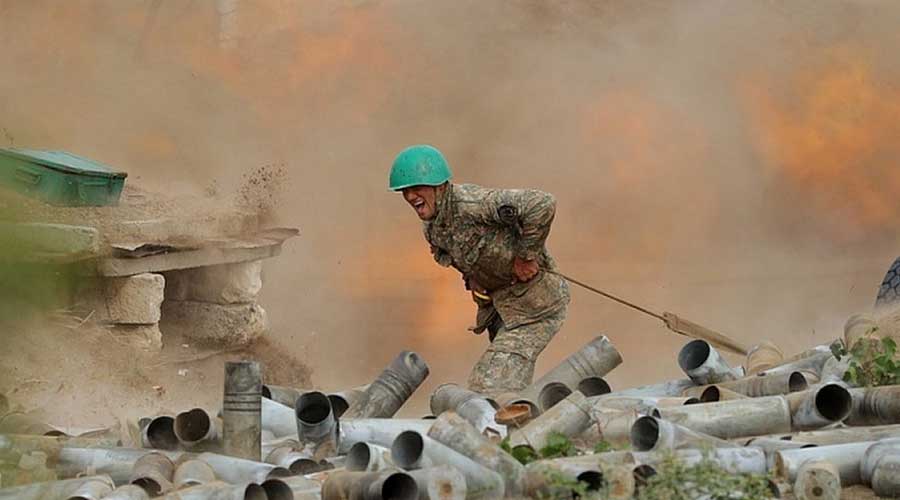 The Armenia and Azerbaijan forces are constantly engaged with each other for four days in years over Karabakh, which is an ethnic Armenian province that was separated from Azerbaijan during the Soviet Union collapsed in 1990.

The latest round of skirmishes started on Sunday, Sept 27, from both sides and both sides blame each other for outbreak of violence.

According to reports around 100 people died due to the recent clash and both sides claiming a major loss on opposing forces.

International pressure is being observed on both countries which
demand an immediate ceasefire or else the matter will escalate towards war which may draw in regional powers like Russia and Turkey.

Meanwhile, Russia which has a military agreement with Armenia but on the other hand also in good relation with Azerbaijan urges to end the conflict and offered to help with the negotiating process.

However, the Armenian Prime Minister Nikol Pashinyan rejected the offer and said the peace talks with Azerbaijan is not on the table.

“It isn’t very appropriate to speak of a summit between Armenia, Azerbaijan and Russia at a time of intensive hostilities,” “A suitable atmosphere and conditions are needed for negotiations.” PM Nikol Pashinyan told Russia’s Interfax news agency.

The PM of Armenia said that at this point, the Yerevan (capital of Armenia) is not preparing to ask for involvement in the clash by a Russia-led military alliance, the Collective Security Treaty Organization that includes numerous former Soviet republics including Armenia.

Since the weekend, the fighting has only become more intense, as both sides observed new clashes on Wednesday.

As of now, Azerbaijan have not released any official stats regarding military causalities but on the other hand, Armenia registers 81 deaths. A total of 17 civilians’ death has been registered from both sides.

Karabakh’s independence announcement from Azerbaijan sparked a war in the 1990s, in which around 30,000 people lost their lives. But Karabakh is still not accepted by any country as an independent state including Armenia.