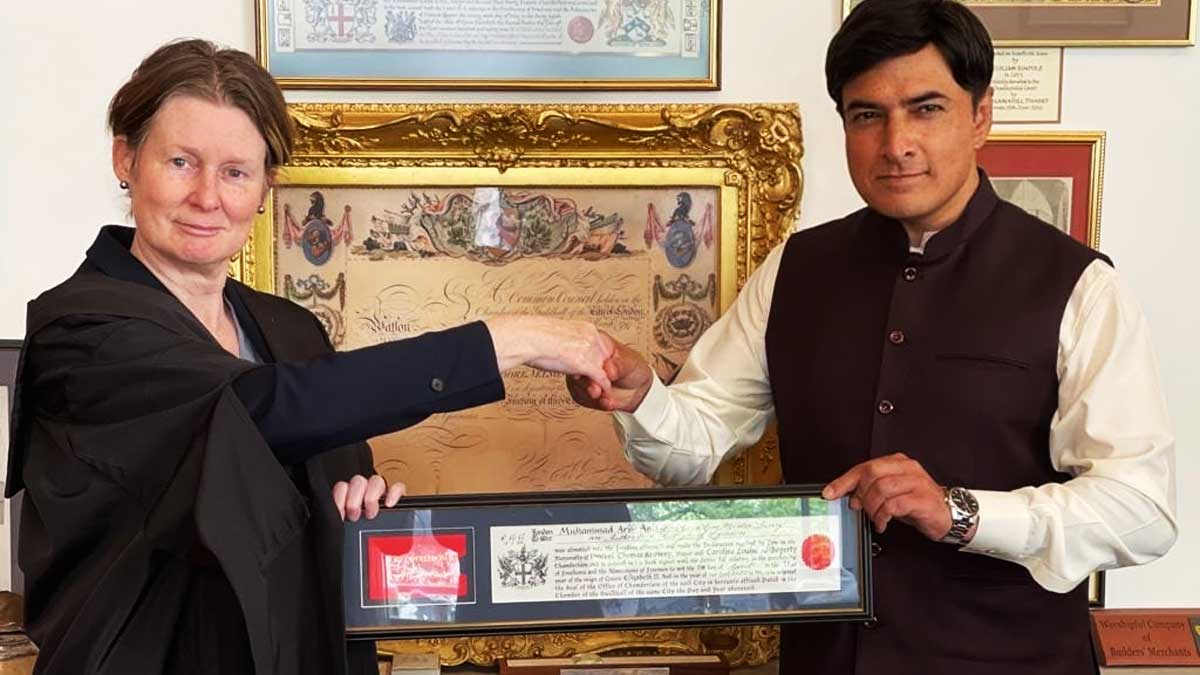 Well-known author and thought leader Arif Anis became the first Pakistani author to be bestowed with the highest honors from the city of London.

Arif is one of the founders of the David Beckham who sponsors the One Million Meals campaign. At a ceremony held at the Chamberlain Court of the Guild Hall, Arif has become a Freeman of the City of London. Freeman is the premier honor presented by London.

A Wall Street Journal and USA Today bestselling author of I’MPOSSIBLE, Habits of Success, and Made in Crises- Arif Anis is an international eminent speaker of Pakistani origin and a leadership development expert who stands equally with high achievers who have been given the Freeman or Free Sister recognition.

Additionally, during the first lockdown, the “One Million Meals” drive was started at the end of March 2020 by Spice Village, to feed NHS laborers in the course of the Covid-19 pandemic when the restaurants were shut down.

Arif Anis said, “Covid-19 has been a terrible time for most of us. However, this also has been a time when people held each other’s hands and stood shoulder to shoulder, rising above and beyond the call of duty. We have some extraordinary stories of persistence, perseverance, and sheer resilience to celebrate during these tough times. I am glad the One Million Meals is one of those stories and we managed to uplift the energies of our hero doctors, nurses, paramedics, ambulance drivers, and key workers who were the first line of defense in those terrible days.”

“It’s unbelievable for someone who started around 20 years back as a shepherd in a remote part of Pakistan. Now I have got shepherding rights to drive the flock on Tower Bridge as a part of privileges as a Freeman,” Arif added.