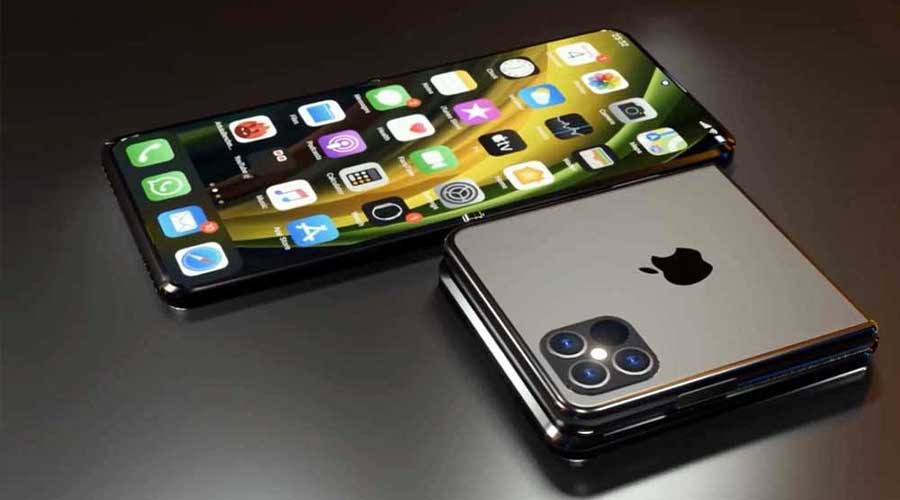 According to reports, the American multinational tech giant Apple is developing a foldable iPhone with a “self-healing” screen that uses heat to automatically fix cracks and scratches.

Elastomer technology will be used in the self-healing screen, which is a flexible material that returns to its original forms after facing certain level heat.

Read more: Everything Apple revealed at its September 2020 event

According to Apple’s patent application, the technology will be used in iPhones, tablets, watches and other devices as well.

The patent application title “Electronic Devices With Flexible Display Cover Layers” says that they “may have an outermost layer formed from clear glass, transparent plastic, sapphire, or other transparent materials that serve as a protective layer for thin-film transistor circuitry and other display structures.”

Apple patent describes a foldable iPhone with a ‘self-healing’ display

Further explains the technology, “Used in Apple Watches, Sapphire glass is thinner and more durable and scratch-resistant than the Gorilla Glass currently used in most high-end smartphones. The display cover layer (outer shell) may include a layer of self-healing material to “help mitigate the number of dents, scratches, or other imperfections.”

“Self-healing may occur in the layer of self-healing material without prompting (e.g., when the self-healing coating is dented, the material of the coating may fill the dent even without external intervention),” the patent reads.

“Alternatively, the self-healing may be initiated or expedited by externally applied heat, light, electric current, or other type of external stimulus.”
The US Patent & Trademark Office published the application on October 1, which was submitted back on January 28.

In 2014 Apple also applied for self-healing technology in iPhone and iPads just like LG’s G Flex handset. At that time, the patent application defined a layer as thin as 50 nanometers that streams into scratches and nicks to make the fade.

After 2 years of bringing self-healing feature, in 2016 Apple also introduced a system by which the method fixed dead pixels on a screen and also dried inner gears if they got wet accidentally.

The next iPhone, the iPhone 12 is expected to be announced on October 13, and according to rumors, it will be Apple’s first 5G phone.