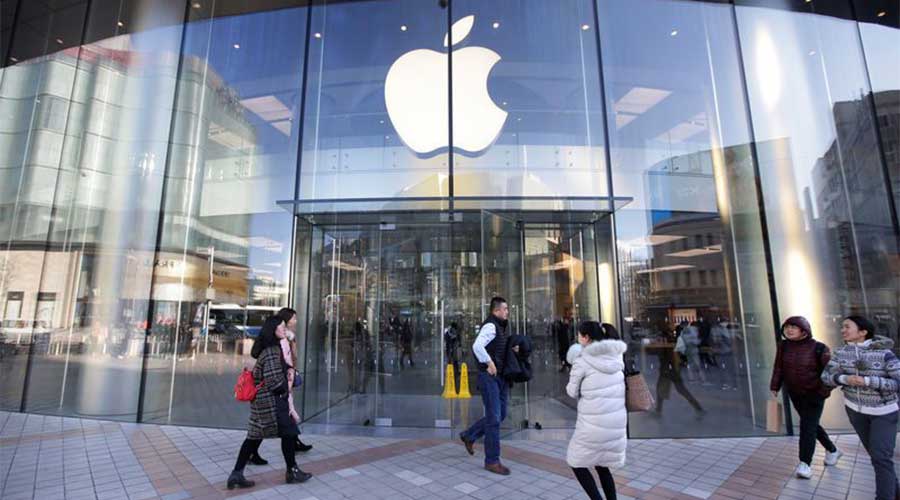 Apple business is growing and it does not seem like they are getting slower anytime soon. Even though it was pandemic but still the business sky-rocketed and now Apple becomes the first US company to hit $2 trillion in market value. $2 trillion in figure is $2,000,000,000,000. That’s a lot of zeros in there.

Apple becomes first company to mark the highest evaluation, followed by Jeff Bezos Amazon and Microsoft. One thing that is common in these companies is that they are all tech companies and setting the records because what these digital tech companies have done is they all took benefit from the recent pandemic in which everyone shifted towards work from home.

Another US tech giant Microsoft is valued at $1.63 trillion, whereas Amazon is at $1.65 trillion according to YCharts data. In the previous month, the business analyst forecasted that iPhone maker Apple will hit the $2 trillion milestone very soon.

Apple did grow in the pandemic very quickly as coronavirus pandemic changed business dynamics. Apple’s second trillion came within just 21 weeks due to COVID-19 as the purchasing pattern totally changed in the market. Back in 2018 Apple hit the $1 trillion mark and right after pandemic in mid-March Apple lost shares value but they rapidly recovered from it.

While achieving two trillion-mark Apple did something which attracts more users and more business, after 2018 Apple provided updates in its gadgets such as laptops, smartwatches, computer devices and iPhones. On a road towards becoming $2 trillion company, Apple also introduced Apple TV+, a streaming platform in November 2019.