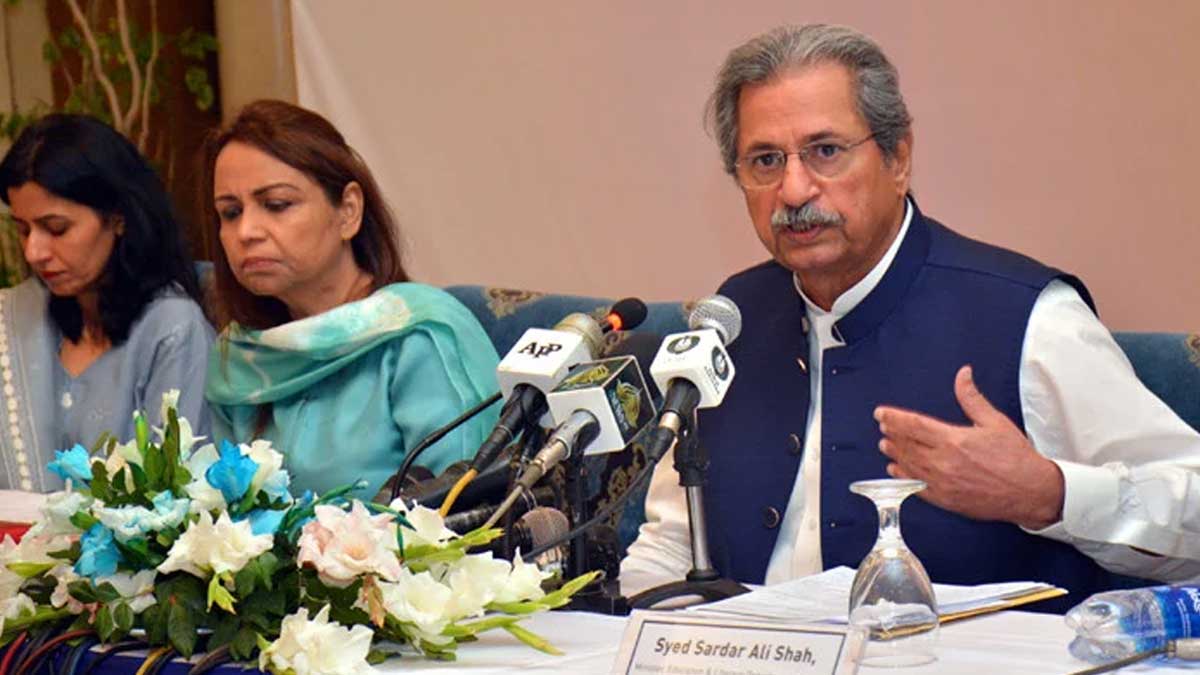 The forthcoming examinations at all levels of educational institutions are to be conducted with a full syllabus and no more relaxation would be offered to the students as given earlier during the Covid-19 pandemic, declared Federal Education Minister Shafqat Mahmood.

According to the Education Minister, the exams are expected to be conducted in May-June under the full syllabus while the schedule of exams for Cambridge students would be followed. He stated the decisions concerning the future education system in the country were made at an Inter-Provincial Education Ministers’ Conference (IPEMC) held at a local hotel.

“Syllabus will be completed in this academic year,” stated Mr. Mahmood while talking to reporters after leading the IPEMC.

Read more: Board exams for grade 9-12 to be held after July 10 only for elective subjects: Shafqat

“The coronavirus pandemic has affected every segment of life, but the way it has hit our education, it’s too damaging. The government was forced to reduce the syllabus in the previous academic year due to the pandemic. But it is time for joint efforts to fully restore the educational activities across the country.”

Moreover, he claimed that continuous efforts were being made to further increase interactions amid provinces and the center for the better quality education system.

Students will be taught full syllabus

The federal authorities desired the provinces to conduct exams and offer admissions on time.

The federal minister gave a briefing about the debate held at the IPEMC in which the new techniques of examination visualized by the federal board were discussed.

“Efforts are on to design a combined academic calendar,” said the federal minister. “The global institutions reviewed Pakistan’s education system and found out that the learning level of our children is not good. The learning capacity of students has been badly affected due to the closure of schools following Covid-19. There are sincere efforts being made to revise the courses for increasing the learning level of Pakistani students.”

In the meantime, in a statement issued earlier, the federal minister praised the IPEMC for playing an “instrumental role” in evolving a way onward for tackling the impact of the Covid-19 pandemic. Speaking to the 33rd IPEMC, he also valued the Sindh government for organizing the IPEMC.