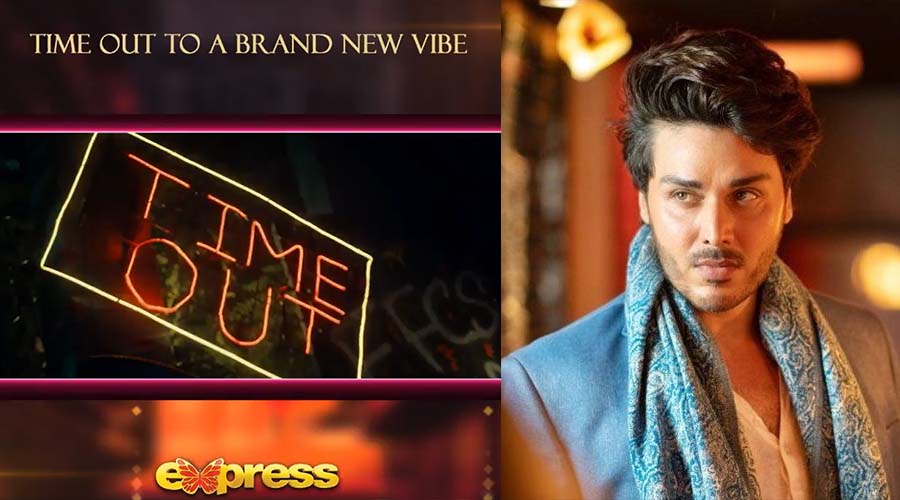 Ahsan Khan is currently gearing up for one of a kind celebrity talk show on Express Entertainment. Titled, Time Out with Ahsan Khan, the show will see some of our favorite celebrities spilling beans on their professional front and personal lives.

According to Khan, it takes a certain set of tricks to get the talk show right and not be in the limelight for the wrong reasons.

“When hosting someone from the fraternity, you have to first understand they are humans as well,” Khan told Express Tribune. “What many forget while conducting interviews is that our [public figures] lives are as flawed as their fandom so we have to be really careful about peeping into the lives of others.”

The key, the Udaari star remarked is how you frame your questions. “I feel like it’s all about words. You have to frame your questions in a manner that is not offensive to your guests. You certainly cannot ask someone to come on your show as your guest and then nitpick into their personal matters. You should make your guest comfortable enough; make sure they trust you to open up to you. It is a great responsibility,” Ahsan Khan shared.

“This fraternity is like a family – my family. So, it really isn’t a surprise when I tell you that I am quite possessive about my colleagues and costars. I make sure they feel respected, because if I – someone who is from the same industry – don’t give them the respect they deserve, why would the audience look at them any differently? “

His recent talk show Time Out with Ahsan Khan is more than just a ‘talk show’. It has some fun segments that Khan feels the audience will instantly fall in love with. “I always take up projects that I will be comfortable watching with my family and Time Out will be exactly that,” Khan said.

“We will also introduce some new characters in the show,” he unveiled, adding that it is somewhat of a surprise for the viewers. “There will also be a few games that we shall play on the show. Hina, Adeel, and Danish Khwaja have been working day and night to make this venture a success.”

He is now again seem appearing on big and small screen both, his new projects are about to be aired however, as far as how well his upcoming film will be received by the audience, Khan remains skeptical.

“I personally feel that the taste of Pakistani and Indian audience has really matured over the years,” said Khan. “Our audience is very intelligent – they wouldn’t like just one particular genre. I think they would appreciate anything that is well-made. As long as we are presenting engaging content, the viewers will love it.”