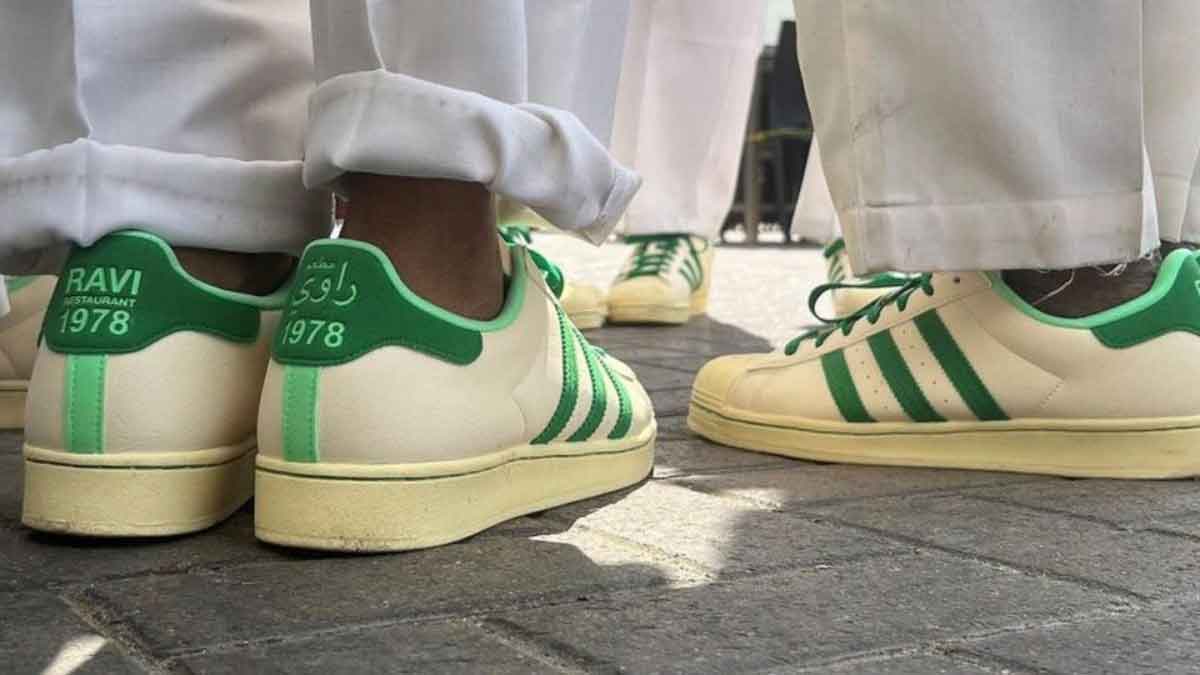 Ravi Restaurant has for years been a cult favorite in Dubai, becoming synonymous in the past two decades with the heart of the city that residents flock back to again and again. Now, it’s time for Adidas Originals to catch some of that nostalgic spirit with a sneaker collaboration.

The adored brand has just introduced the ‘SUPERSTAR RAVI’ sneaker in collaboration with the restaurant, with a colorway highlighted in Ravi’s iconic green.

“My family has worked so hard to bring Ravi to where it is now, it has become more than just a restaurant with staff and customers, it has become a home that many grew up with. To say that Ravi had a humble beginning and is now representing Dubai as a key city with Adidas is a milestone to celebrate” Chaudary Abdul Hameed, the founder of RAVI stated.

Established in Dubai as a family-owned business in 1978 by Abdul Hameed, the restaurant initially catered to those who wanted home-cooked meals at a reasonable price. Afterward, it became a must-visit spot for residents and tourists alike, comprising celebrity visitors like Snoop Dogg and One Republic, with both tourists and workers sometimes passing from generation to generation.

“Offering a re-interpreted take on the Adidas Original Superstar, the special edition SUPERSTAR RAVI colorway references the Pakistani heritage of the owners and features a custom sock liner with a hand-drawn map design signifying the meaning of the name Ravi, meaning “river” which is in Northeastern Pakistan. The heel tab branding includes the year the restaurant opened alongside the name in English and Arabic on either shoe, as well as three sets of laces. The restaurant owners hand-selected 6 hero dishes which have been added to the tongue of the sneakers with English on one side and Arabic on the other. Each pair of shoes are delivered in a special edition takeaway style box and comes with a detachable hangtag featuring the restaurant’s logo,” a statement issued by Adidas.

The limited-edition sneakers will be easily available for sale on 23 June online via Adidas shoes and select retailers exclusive to Dubai.