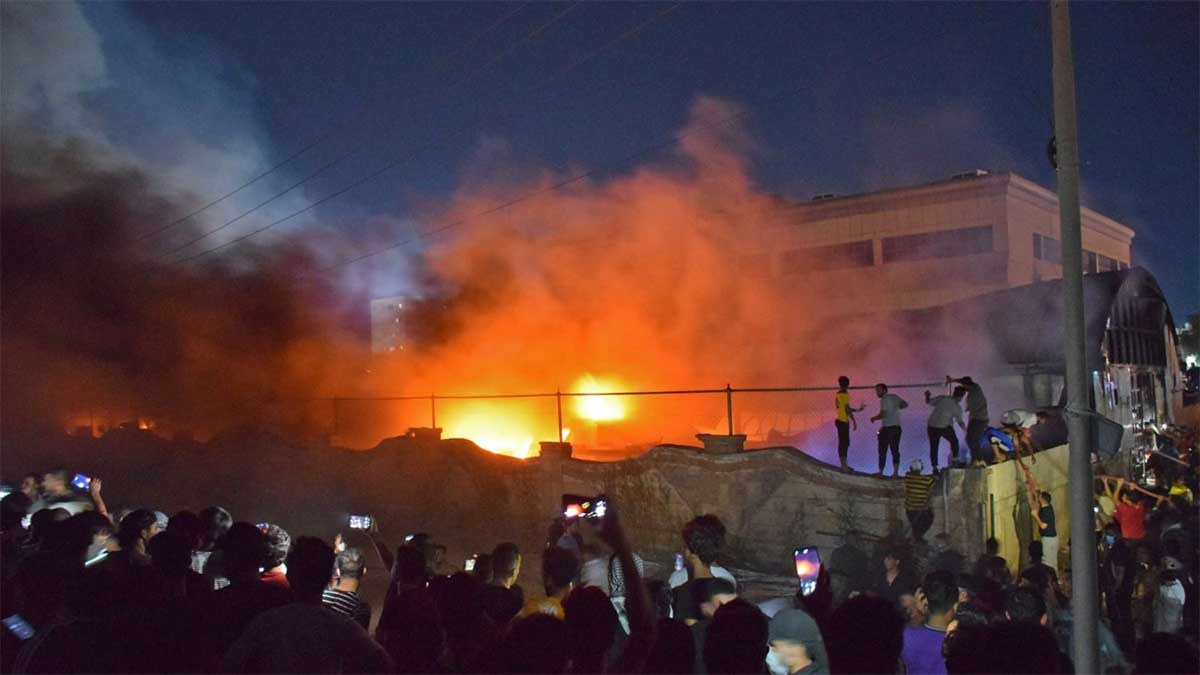 At least 92 people were killed and 100 others were injured in a fire at a coronavirus hospital in Nassiriya, southern city of Iraq, which was likely caused by an oxygen tank explosion, according to health officials and police.

Prime Minister Mustafa al-Kadhimi conducted urgent meetings with senior ministers and ordered the suspension and arrest of health and civil defence officials in Nassiriya, his office said in a statement, as rescuers searched the smoke-charred building for more bodies.

The hospital’s manager was also suspended and ordered to be detained, according to the statement.

Iraq’s healthcare system, already ravaged by war and sanctions, has struggled to cope with the coronavirus outbreak, which has killed 17,592 people and infected over 1.4 million.

A Reuters reporter on the scene of the fire said, “Health crews pulled burned bodies out of the burning hospital while numerous patients coughed from the growing smoke.”

After the fire was put out, health officials in Nassiriya indicated that search activities at the al-Hussain coronavirus hospital were continuing, but that thick smoke was making it difficult to approach some of the damaged wards.

Before entering the blazing hospital, a health worker informed Reuters that “raging fires have trapped numerous patients inside the coronavirus unit and rescue workers are fighting to reach them.”

According to initial police reports, an oxygen tank explosion inside the hospital’s COVID-19 wards was the likely origin of the incident, according to a police officer on the scene.

“I heard a big explosion within the coronavirus wards, and then fire broke out very quickly,” Ali Muhsin, a hospital security who was assisting in the evacuation of injured patients, said.

A fire at a COVID-19 hospital in Baghdad in April was started by an oxygen tank explosion, killing at least 82 people and injuring 110 more.

The death toll from Monday’s fire could grow, according to health officials, because several patients were still missing. They stated two health personnel were among the dead.

According to a Reuters witness, enraged relatives gathered in front of the hospital and clashed with police, setting fire to two police vehicles.

Iraqis are tired of political violence, but they also suffer from regular accidents as a result of underinvestment, corruption, and crumbling infrastructure. Hospitals have battled with an inflow of patients and a lack of supplies during the coronavirus outbreak.