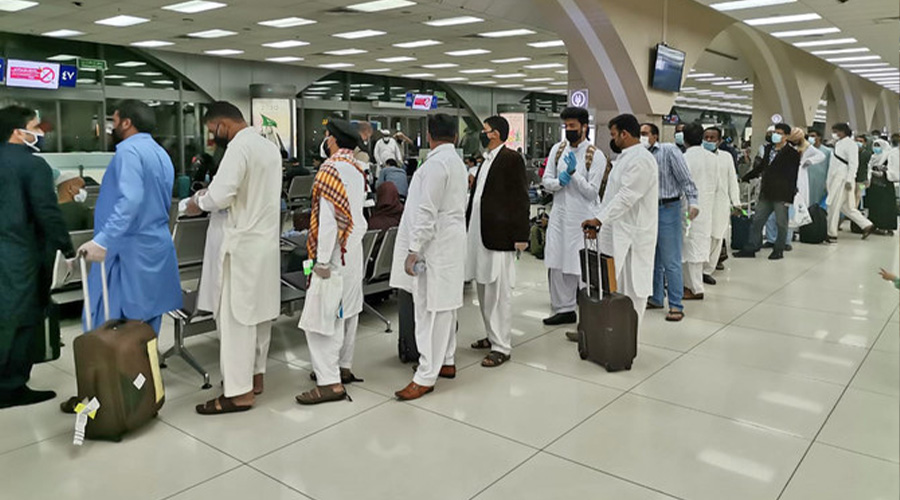 64,150 Pakistani workers came back to Pakistan only from Saudi Arabia and UAE out of total 76,968 expats who returned due to Covid-19 pandemic, NA body told parliamentary panel.

Under the chairmanship of Sheikh Fayyaz ud Din, 12th meeting of the National Assembly Standing Committee on Overseas Pakistanis and Human Resource Development was conducted in which the officials informed the parliamentary panel that in total 76,968 Pakistani workforces returned to Pakistan since the start of the COVID-19 pandemic.

As officially announced by Nasser Bin Thani Al Hamli, UAE Minister of Human Resources & Emiratization, the Secretary guaranteed the Committee that ‘NO BAN’ exists for the export of Pakistani workers to the United Arab Emirates (UAE).

Officials informed the meeting that normally 25,000 Pakistanis return home annually after their contracts expire and around 70,000 go abroad as a workforce.

Moreover, The Committee was told that, on behalf of the German Federal Ministry for Economic Cooperation and Development, a memo (MoU) was signed between the Overseas Pakistanis Foundation and the Deutsche Gesellschaft für Internationale Zusammenarbeit to provide technical assistance for the formation of the Pak-German Facilitation and Reintegration Centre to help the returning Pakistani workers.

The Secretary expressed satisfaction with their success when addressing the agenda regarding the performance of Community Welfare Attachés (CWAs) in Saudi Arabia and the Gulf Countries. The performance assessment strategy for CWAs, however, will be finalized in a week.

The conference was attended by MNAs and other senior ministry officers.