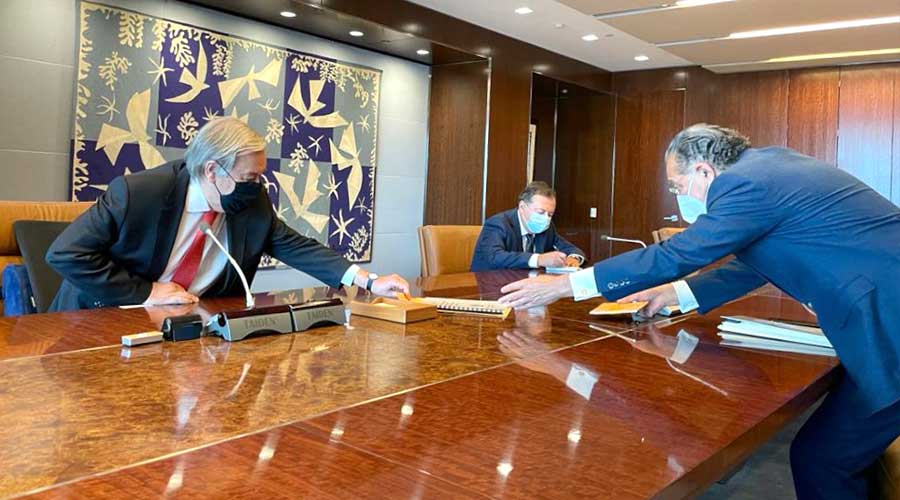 Pakistan has handed over a dossier on India’s terror campaign to United Nations (UN) Secretary General, urging him to prevail on New Delhi to desist from its illegal and aggressive activities.

On Tuesday, Pakistan’s Ambassador to the United Nations, Munir Akram, shared a dossier with UN Secretary-General Antonio Guterres on India’s campaign to promote terrorism and subversion in Pakistan. He said that he told the UN chief to take note of the fact that India was violating international law, the UN Charter and Security Council resolutions by stoking terrorism.

In the press conference at the Pakistan mission, he said, “We have urged the Secretary-General to play his role in persuading India to halt its terror and subversive campaign against Pakistan.”

“There is a complacency because there has been a deterrence between India and Pakistan since the 1988 nuclear tests,” said the Pakistani envoy.

“But the situation may not remain as stable as people assume because of India’s involvement in terrorist activities against Pakistan,” he warned.

“That’s why Pakistan wants the international community not to ignore the threat of a potential conflict between two nuclear-armed states.”

Quoting from the UN dossier, the ambassador explained that the Indian terror campaign against Pakistan includes:

The ambassador further said that India was also seeking to utilize UNSC mechanisms to defame Pakistan by portraying itself as a victim of terrorism. “It is abusing the Financial Action Task Force (FATF) to damage Pakistan’s economy.”