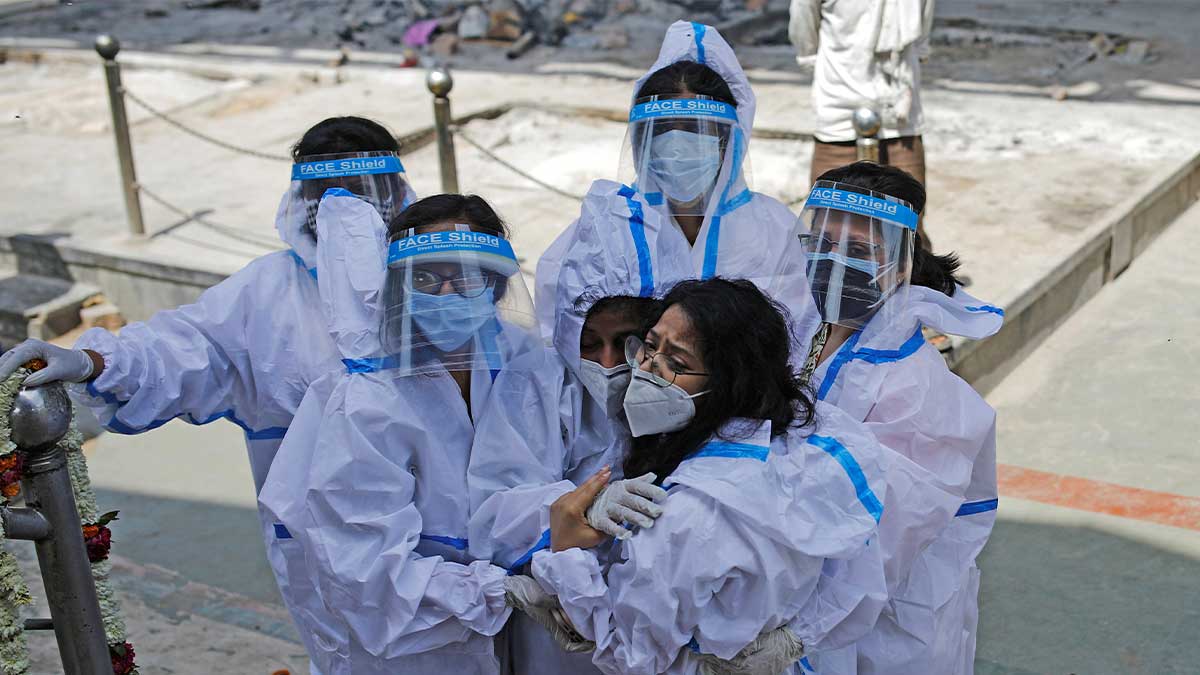 India has detected a new ‘triple mutant’ variant of Covid-19 even as it battles to contain one of the worst outbreaks of the coronavirus.

Along with Telegraph, Bloomberg, and First Post, various websites have been looking after the increasing danger, caused by the new variant, called B.1.617 in India. The variant was first detected in India with two mutations, the E484Q and L452R, scientists of India discovered it last year.

The details were presented to World Health Organization on Monday according to which India’s health ministry first acknowledged the existence of double mutant during the last days of March.

Read more: India reports one death and 447 cases of Covid vaccine side effects

Aparna Mukheree, a scientist of the Indian Council of Medical Research told Bloomberg TV about the mutant that while it is a variant of concern so as to say that it is more lethal or more infectious.

The new triple mutant variant is thought to be dangerous in India and India has become the second worst-hit country, surpassing Brazil, and hospitals and health centers have become overcrowded.

Maria Van Kerkhove, the World Health Organization’s technical lead officer on Covid-19 told the media that this is a variant of interest, we are following, having two these mutations which have been seen in other variants around the world are concerning, there was a similarity with mutations that increase transmissions as well as reduce neutralization, possibly stunting the ability of the vaccine to curb them.

Jesse Bloom, an associate Professor for genome science and microbiology at the University of Washington said that Mutation at sites E484 and L452 have been observed separately but this is the first major viral lineage that combines the two. He added that I do think that this new variant is important to monitor.

The existence of the double mutant has been confirmed in about ten countries such as Australia, Belgium, Germany, Ireland, Namibia, New Zealand, Singapore, UK, and the USA.

The government of India, however, did not confirm so far that the variant is lethal but on the other side, the media has broken the news that during the first two weeks of the current month, the additional 52% cases of coronavirus are due to the double mutant.

The scientists are of the view that the Indian double mutant can not only dissolve the effects of the vaccine but can affect those who have been recovered from the coronavirus.