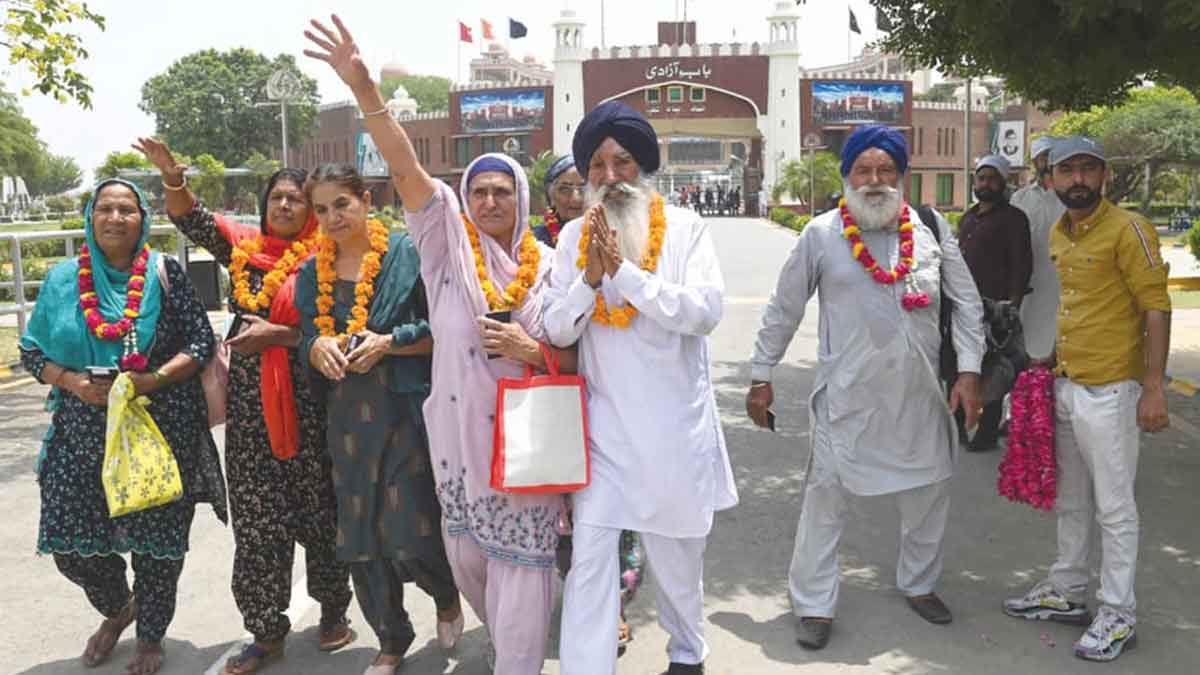 Around 450 Sikh pilgrims arrived here on Tuesday through Wagah border to observe the 183rd death anniversary of Maharaja Ranjit Singh.

To attend the occasion of Maharaja Ranjeet Singh’s death anniversary, the Pakistan High Commission in New Delhi issued 495 visas to Sikh pilgrims from India to attend the annual anniversary.

During the visit, the Sikh visitors would, inter alia, go to Panja Sahib, Kartarpur Sahib, and Nankana Sahib. They would arrive in Pakistan on June 21 and return back to India on June 30, 2022.

Read more: Over 30,000 Sikhs vote for Khalistan in referendum In UK

The issuing of visas is covered under the agenda of the Pakistan-India Protocol on Visits to Religious Shrines of 1974. Each year, a huge number of Sikh Yatrees from India visit Pakistan to celebrate different religious festivals.

The visas granted from New Delhi are in addition to the visas issued to Sikh pilgrims participating in these events from other countries.

Moreover, the issuance of pilgrimage visas to holy pilgrims by the high commission is in agreement with the Government of Pakistan’s commitment to completely implement the Bilateral Protocol on Visits to Religious Shrines between the two countries.

While expressing his opinions on the auspicious event, Charge d’Affaires Aftab Hasan Khan, conveyed his deepest congratulations to the pilgrims and wished them a rewarding and fulfilling yatra.

It is worth mentioning that Ranjit Singh, known as the Lion of Punjab, was the first ruler of the Sikh Empire in Punjab. The Sikh Empire comprised the northwestern part of the subcontinent in the early 19th century.

Ranjeet survived smallpox during his childhood but lost sight in his left eye. When he was 10 years old, he fought his first battle with his father.

Moreover, he was the first leader to move the tide of invasion toward the Pashtuns (Afghans), the citizens of traditional India, and for that purpose, he came to be recognized as the Lion of Punjab.