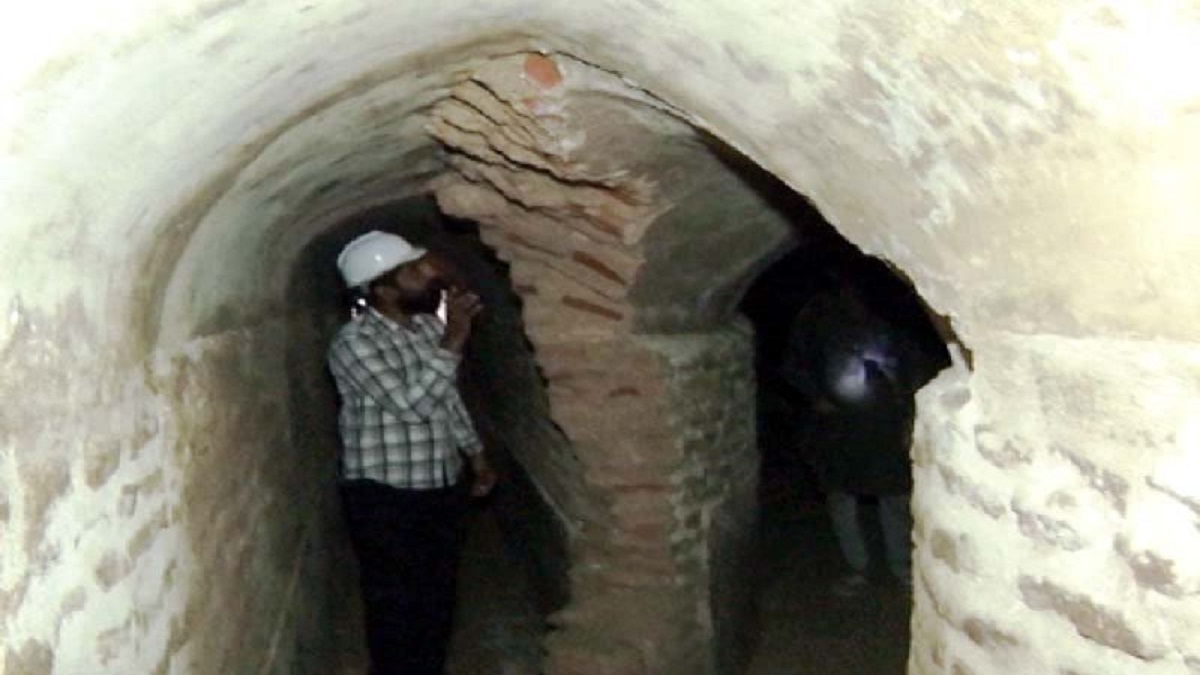 Walled City of Lahore Authority (WCLA) has recently discovered a 400-year-old tunnel during the restoration work at the great Royal Fort, Shahi Qila. It is very large and niches are placed inside the tunnel to keep the lamps. Experts are of the opinion that the tunnel might be used as a secret passage. WCLA also discovered ammunition, Royal Kitchen, Jahangir’s era baths, etc.

Archaeologists say that the newly discovered 400-year-old tunnel under Shahi Qila had seven layers which means that it was demolished and rebuilt seven times. The tunnel was also used as the drainage system. The water collected in the fort during the rainy season used to accumulate in the tunnel which damaged various parts of the fort.

The Moti Masjid, Maktab Khana, Haveli Mai Jindan, and Museum building were mainly affected. So far, 625 feet long tunnel has been restored and the work is still in progress. There are a lot of small tunnels along the main tunnels in Shahi Qila. The lighting system and air supply had also been arranged in the tunnel. It is quite wide to pass through.

The present PTI government is especially curious to expand the horizons of tourism in the country. It’s the need of time to let the world know about the ancient heritage in Pakistan. It is also required that work should continue to discover more such hidden places in the country.

The tourists of the world are fond of visiting Egypt for the Pyramids, Room, to see the playgrounds, China to walk on the wall, to see the Parthenon of Greece but they do not know that there are a lot of ancient buildings in Pakistan too which tell the glorious story of Past. The history of the Sub-Continent is full of glory with special reference to Knowledge, economic and cultural grace.